Gardeners who decide to grow tomatoes on their plot often face the following phenomenon: spots, large and small, begin to appear on the foliage of tomato bushes. At first, their appearance may go unnoticed, or not worry the owner of the site until the spot spreads to the stems and fruits of the plants. Gradually, a black bloom appears on the spots, and the affected parts of the tomato bush die off, the plant dies. There is a risk of mistaking this ailment for late blight - a fungal disease characterized by the appearance of gray or brown-purple spots on plants. However, unlike late blight spots, the lesions described above
maintain clear contours and stay dry regardless of weather conditions. In addition, the appearance of these spots occurs at an earlier period of plant life than in the case of late blight disease. According to these signs, it can be established that the tomato beds were visited by another equally dangerous ailment - tomato alternaria. This article will discuss how to diagnose this disease in time, how to treat it, and what measures should be taken to prevent infection.

Alternaria blight of tomatoes. Briefly about the disease 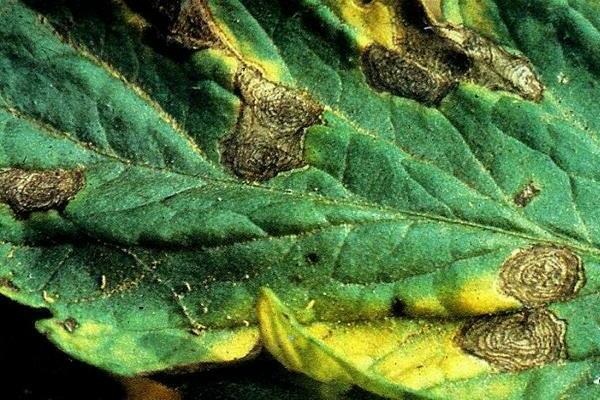 Tomato Alternaria disease is known under such names as dry or brown spot, macrosporium, and refers to fungal infections. Alternaria solani Sorauer, a fungus that penetrates into plant tissues, is considered the causative agent of Alternaria.

Tomato Alternaria affects all vegetative parts of tomato bushes. At an early stage, the disease can be diagnosed by dry, varied yellow spots with clear contours. As a rule, they are located along the edge of the sheet plate, occupying the tissue between the veins. But later they begin to increase in size and unite with each other.

The stems of tomato bushes are covered with brownish-gray spots of an elongated shape, slightly depressed into plant tissues. They gradually darken, acquiring a black color. In a similar way, the depressed spots covering the fruits are transformed: at first they are dark brown, over time they turn black, retaining their rounded shape.

The first symptoms of Alternaria appear even in the process of growing seedlings in a greenhouse. The first spots appear on the foliage located at the bottom of the plants. If you do not take action in a timely manner, the disease progresses and captures other parts of the bushes of tomato seedlings.

Getting on already formed fruits, spores of the fungus continue to multiply during storage of the crop, which can lead to its loss. Most often, Alternaria affects tomatoes in tomato greenhouses. The risk of infection is also present in the case of growing outdoors or in a film greenhouse.

At the same time, alternaria spreads in the phase of formation of fruit ovaries.

Factors due to which tomato disease occurs 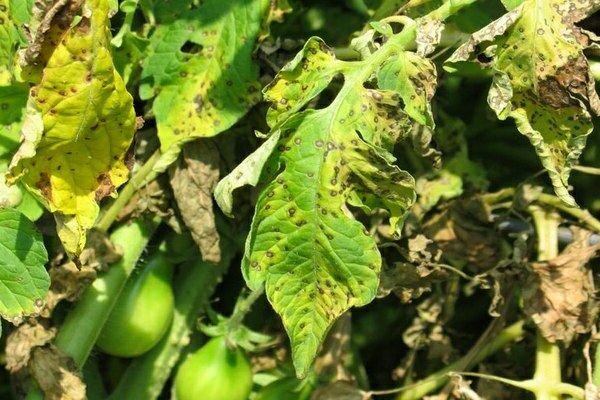 The likelihood of infection with Alternaria is equally high at all stages of development of tomato bushes. The disease spreads with equal frequency to greenhouse seedlings, to plants planted in open ground, to flowering bushes, to tomatoes in the fruiting phase.

Temperature factor is of no small importance for the development of infection. The optimal conditions for the activation of fungal spores are warm, humid weather, when the thermometer does not drop below +25 degrees, and rainy days are replaced by dry ones.

Spores are carried by the wind and also spread through rainwater and irrigation. The peak of activity of pathogenic conidia occurs on those days when abundant dew is formed.
or there are intermittent rains. In these cases, moisture enters the plants without penetrating into the soil, which remains practically dry.

In greenhouse conditions, the spread of Alternaria is facilitated by irregular ventilation in
combined with high humidity. 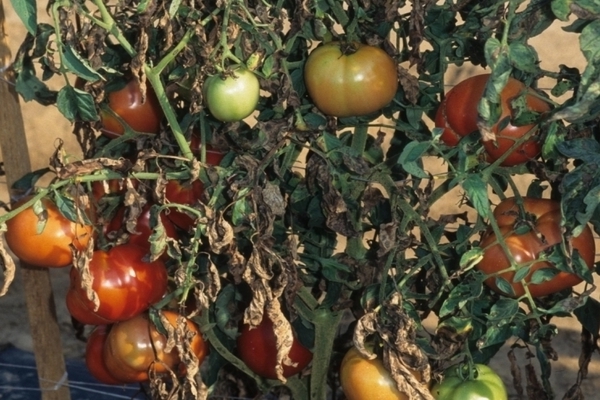 Having found the first signs of damage to tomato bushes by Alternaria, an urgent need to treat plants with one of the effective drugs. These include: 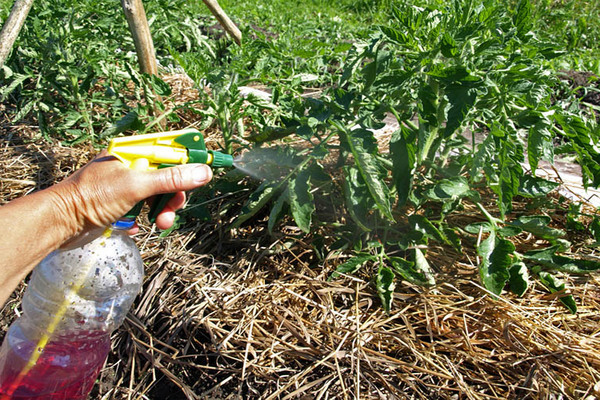 The development of the disease and measures for its cure largely depend on the conditions in which the affected tomato bushes are located. Whether they grow in a greenhouse or outdoors.

A feature of greenhouse conditions is the creation of an ideal environment for the spread of fungal spores in cases where the ventilation regime is not observed. Stagnation of air and moisture invariably leads to increased sporulation. Therefore, the main measure to combat Alternaria in a greenhouse should be the Prevention of this disease.

Along with adjusting the ventilation mode, systematic spraying of greenhouse tomato plantings throughout the growing season is recommended. After the appearance of the ovaries, the procedure should be stopped.

For the treatment of tomato bushes growing in the open field, the already mentioned fungicides in the following dosage are best suited:

Preventive spraying should be carried out at the time of planting tomatoes in the beds. Or when the first symptoms of a fungal infection appear.

An effective way to reduce the risk of developing Alternaria is to cultivate the soil in the area with tomatoes. This can be done in two ways:

Another way out for gardeners who want to reduce the risk of contamination of plantings with Alternaria is to plant varieties of tomatoes that are resistant to this disease. Doesn't exist at the moment
varieties that are 100% immune to this fungal infection. But there are a number of varieties
which are less susceptible to infection. 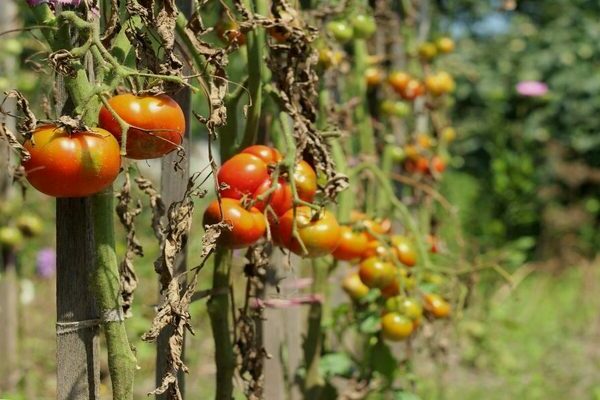 Prevention of tomato disease with Alternaria includes several measures that are better
apply in a comprehensive manner in order to increase their effectiveness: 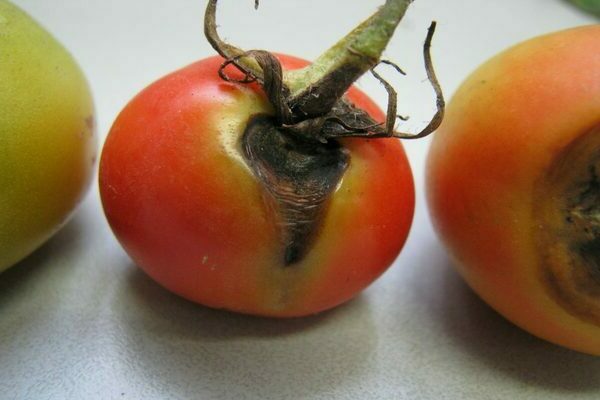 As in the case of other diseases, tomato Alternaria is much easier to cure at an early stage in the development of the disease, before the lesion has taken on a large-scale character. Better yet, prevent the formation of an environment conducive to the development of infection.

To do this, it is enough to follow a number of agrotechnical recommendations aimed at preventing this dangerous infection of fungal origin. If the spores of the fungus nevertheless penetrated into the tissues of the plant and began their destructive activity, there is a fairly large number of remedies. Whether it is folk methods or chemical preparations.

Vegetable and fruit hybrids: TOP 5 with photos. How to grow in the garden?