Watermelon Suga Baby: cultivation features, advantages and disadvantages. The necessary conditions and rules for sowing and further care - all this information can be found in this article. 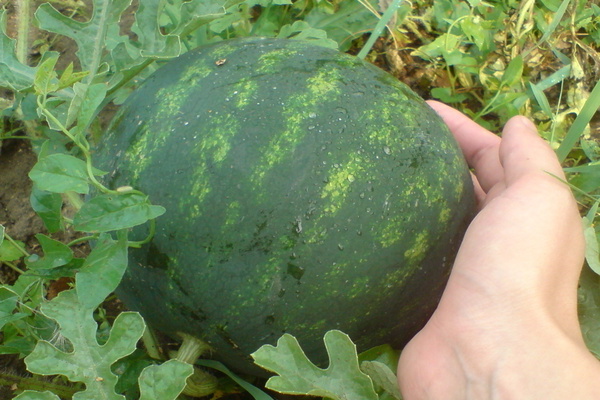 The watermelon of the Suga Baby variety belongs to the early ripening, besides, the advantage of this variety is that it is rather unpretentious. In the description of this variety, they often emphasize the fact that it is best to plant it in the Central or Central parts of Russia, on the territory of the Volga region, and, of course, in the southern regions. The climate in these territories allows the watermelon to reach a state of full ripeness in order to accumulate not only pulp and juiciness, but also sufficient sweetness, because this is what watermelon berries are famous for.

If the gardener uses the seedling method of breeding the Shagu Baby watermelon variety, then it is best to keep the plant in a shelter, but this opens up opportunities for growing even in the Siberian climate, which is very harsh to such plants. It should also be borne in mind that if there are few sunny days in the region, then the pulp may be too watery, sourish, and this already suggests that the plant will in some sense lose its properties.

Watermelon is a melon culture, it is very thermophilic. It grows in sufficiently lit and, most importantly, calm areas. The soil for cultivation should be very light and fertile, sandy or sandy loam, because it is this composition that is most suitable for watermelons. Due to the fact that the root system of watermelons is located at a sufficient depth, they can easily tolerate severe drought, and still produce a very large yield. For example, a gardener can collect up to 12 kilograms of watermelon from one square meter, which is really a lot, and this is one of the features of this watermelon variety, Suga Baby.

Note that the berries of the Suga Baby watermelon are not large in size, so that the fruit gains as much weight as possible, no more than three ovaries should be left on one bush. It is best to leave those ovaries that come from the main shoot, and this will also allow the formation of a plant that will develop into one strong stem, rather than several weak ones. One of the features of the plant is that at one of the moments it gives a very intensive growth. About a month after planting, flowers appear on the bush, and then the first ovaries.

Features of sowing and feeding

The Suga Baby watermelon can be grown in several ways. The most popular are two methods - sowing in the ground, or by growing seedlings and then planting them in open ground. Both methods are quite successfully used in order to breed a watermelon crop, and they are quite actively used both in private farms and on a larger industrial scale. The choice of method is an initiative of the gardener, and it is always up to him to decide what to do best. In addition, one should pay attention to the climatic conditions and features that prevail in the region.

For example, in the southern part of the country, where spring comes quite early and summer is usually dry and very warm, you can plant watermelons directly in the open ground. This is due to the fact that in these parts such a phenomenon as recurrent frost is very rarely observed. Sowing should be done when the ground warms up to 18-20 degrees by about 10-15 centimeters in depth, otherwise the seeds simply will not sprout due to too cool soil.

In the Moscow region, as, indeed, in the entire central zone of Russia, it is best to grow watermelons, having previously prepared the seedlings. This is due to the fact that nighttime cold snaps, and especially frosts, watermelons survive with great difficulty. For them, this is stress, which affects directly their external and internal state, rooting, subsequent flowering and, of course, fruiting. Sowing seeds should be done about a month before the finished seedlings are planted in open ground. By this time, several leaves are formed on the plant, and the daytime temperature stabilizes around 20 degrees, not lower. In the middle lane, as a rule, this period occurs at the very beginning of summer, respectively, seeds for seedlings are planted a month before that - in May.

If we are talking about the territories of Siberia, then Suga Baby watermelons should be grown here only through seedlings, and only under cover. This can be a greenhouse, a film structure, which is specially installed so that the seedlings are kept in it. After seating in open ground, these structures can be removed. In order to save space in greenhouses, to make them even more compact, watermelons can be grown on supports, that is, they will not grow in different directions, but will curl upward. If the gardener chooses this method, then the plant of this variety must be seated at a distance of just over half a meter (ideally 70 centimeters) from each other.

Fertilizer is a key ingredient in growing any crop, and watermelons are no exception. It is important for the yield of watermelons, but it should be borne in mind that watermelons have an extremely short growing season, and therefore they should be fed with extreme caution.

A month before harvesting, it is best not to apply any fertilizers under the watermelon, but at the same time, when preparing the soil for planting, it is best to add some organic matter, also necessary components of the mineral complex. As a rule, these are standard substances - phosphorus, potassium and magnesium, as well as nitrogen, which affect the growth rate of the plant, the amount of flowering and, accordingly, the ovaries, as well as what external and taste qualities the resulting fruits will have. Then it is best to feed during the formation of the very first ovaries, immediately after flowering has completed, and before the fruits begin to pour and form.

Watermelons of the Suga Baby variety prefer to be applied with liquid fertilizers, which are mainly guided by root feeding. The most important here are liquid manure and droppings, as well as some herbal infusions and an ash solution, which is prepared in accordance with the instructions and the number of plants themselves on the territory. 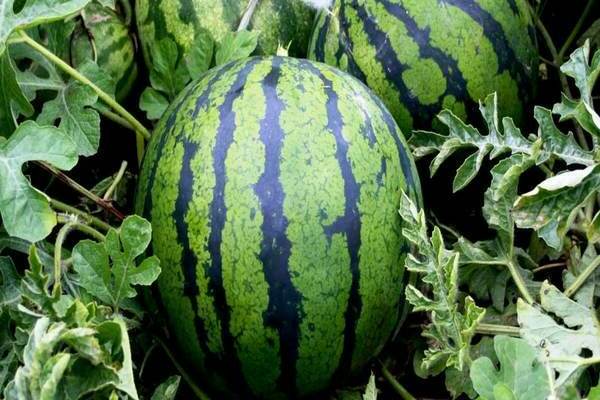 How to treat cherries from diseases and pests

Initial cap: ALL the secrets of growing, medicinal properties of a flower + photo 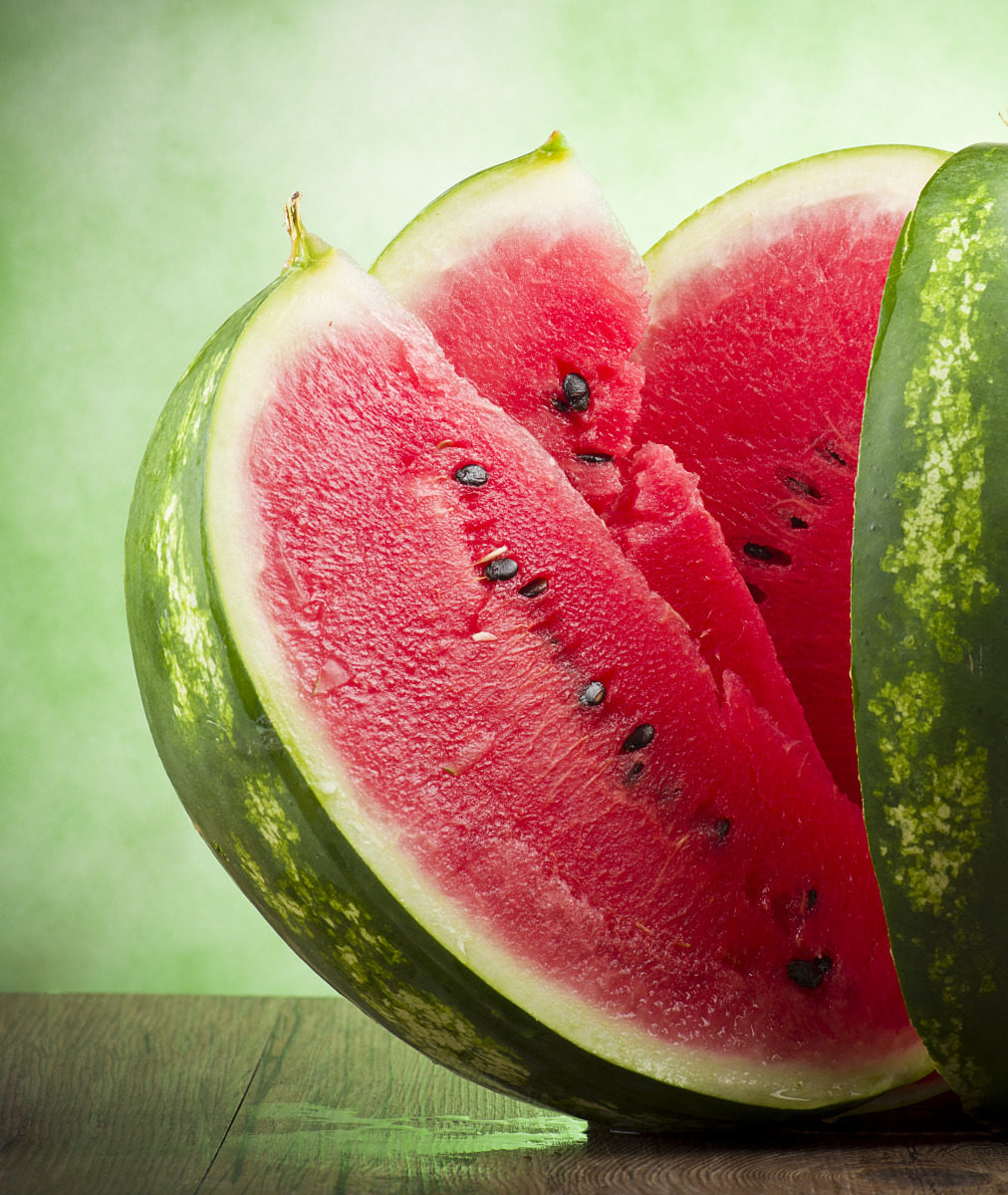 Watermelon from seed to large berry - growing stages
In order for watermelon seeds to sprout quickly, it is better to place them in water before planting ... 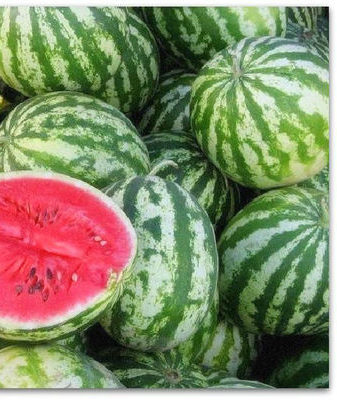 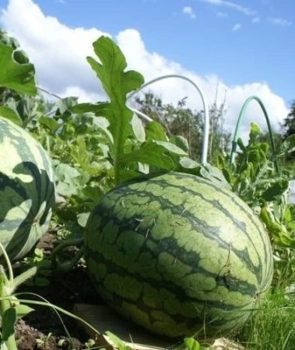 Watermelon. Care, cultivation, reproduction, diseases and pests
Watermelon is a source of magnesium necessary for the body. Another uniqueness - does not contain acids and ...
×