Nitrogen fertilizers for tomatoes. When to use nitrogenous top dressing. Organic and mineral sources of nitrogen. How much to fertilize a tomato - you can find all this information in this article. 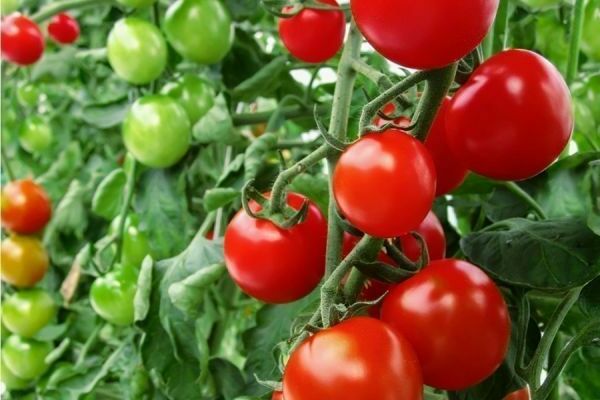 The use of nitrogen fertilizers for tomatoes

Nitrogen fertilizers for tomatoes are essential because they can support the plant during its growing season, giving it additional strength and protection against attack by microbes and viruses. As soon as the seedlings adapt to the environmental conditions and begin to grow gradually, it is necessary to start applying nitrogen-containing fertilizers. It is thanks to this component that the plant begins to develop faster, strong and strong ovaries are formed, and in abundant quantities, and this is extremely important for every gardener. In this article, we will dwell in more detail on how and for what it is necessary to use nitrogen fertilizers, and also talk about organic sources of nitrogen components.

Nitrogen fertilizers are used to feed a wide variety of crops. They have a rather positive effect on the growth and fruiting processes of both cucumbers and tomatoes, potatoes and strawberries, beets and many fruit trees and shrubs. All this makes nitrogen fertilizers more versatile. In addition, you should also pay attention to the fact that nitrogen can have a positive effect on the development of flowers - on tulips and roses. Nitrogen-containing mixtures are most often used to fertilize lawns, seedlings, shrubs. As a rule, legumes need nitrogen least of all, which should also be noted by gardeners who actively feed their plants. 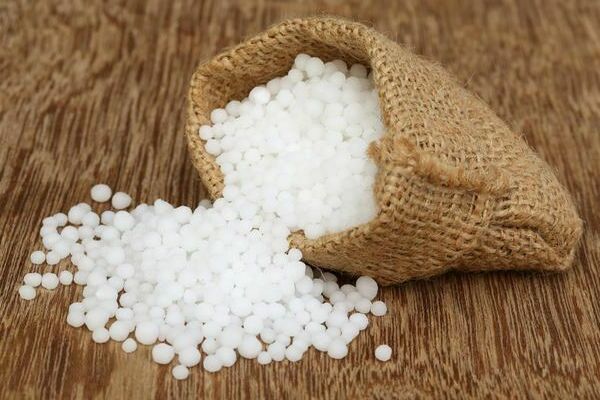 All existing nitrogen fertilizers that are used today by gardeners are usually divided into several main groups:

Of course, after choosing a nitrogen-containing fertilizer, the gardener faces the question of how to use this fertilizer correctly so that it is extremely beneficial and does not bring any harm to the plantings and the soil itself. The first time nitrogen fertilizer for tomatoes is applied approximately 5-7 days after the seedlings have been planted in the already open ground. This usually helps the bushes to form a green mass, grow leaves, and also energize them to create ovaries.After the ovaries have formed, the second stage of applying nitrogen-containing fertilizers is carried out. In fact, the benefit of this is that it lengthens the time of ovary formation and, accordingly, increases the yield.

Nitrogen fertilizers are needed not only for those tomatoes that grow in the open field, but also for those tomato crops that grow in greenhouses. It should be remembered that you should not apply complex fertilizers, which include phosphorus, if the soil has not warmed up to a temperature of 15 degrees and above. This is due to the fact that on cold, or even frozen soils, fertilizer is not absorbed at all, it can accumulate in the soil, and this can already lead to negative consequences.

Since nitrogen fertilizers for tomatoes also include other nutrients and trace elements, it is necessary to clearly know when and in what circumstances they are applied. For example, in addition to nitrogen, it is very important for tomatoes to give potassium trace elements, since it is this substance that is responsible for the formation of ovaries and large fruits. It is important to ensure that potassium is also included in nitrogen fertilizers for tomatoes, and in large quantities: it increases the immunity and stress resistance of tomatoes, helps freshly planted seedlings to cope with temperature changes, and also makes it more resistant to attacks from pests, fungi and diseases, and this is extremely important, because the seedlings are very vulnerable after planting.

Also, complex nitrogen-containing fertilizer for tomatoes and tomatoes may contain magnesium and boron, copper and manganese. All these substances together give a really amazing effect, they can affect the growth of a plant, its external and internal state.

You can apply nitrogen fertilizer for tomatoes when watering, or directly into the soil - both methods are equally effective, they are proven. Of course, the most important thing is to follow the instructions and not allow an overdose or excess of drugs to occur. Otherwise, this can negatively affect the appearance and internal state of the tomatoes, on what the ovaries will be, what their quality will be. 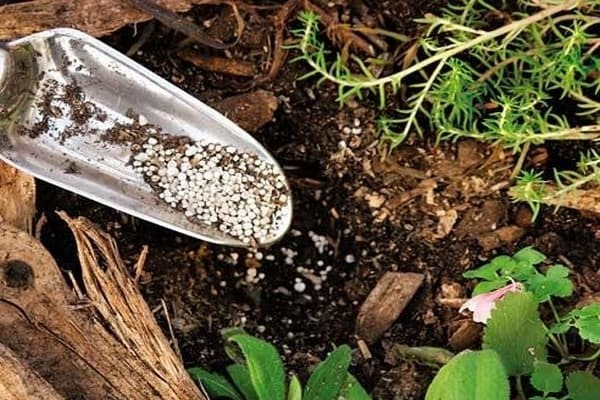 Nitrogen is a component that is part of many fertilizers and mineral complexes. Experienced gardeners distinguish among the most popular and common fertilizers such as:

Also, among the nitrogen-containing fertilizers for tomatoes, it is very important to highlight such as ammonium sulfate, calcium nitrate, which also act as effective mixtures, contain the most significant components and elements that have a positive effect on the adaptation of seedlings, its growth and fruit development.

Among organic materials, you can also find many sources of nitrogen that literally lie under our feet. For example, the sources should include peat or humus, manure or tincture of mullein, chicken droppings and ash, infusion of herbs, which are very effective when we are talking about activating plant growth, as well as how to improve the general condition of the plant, increase its immunity ... To prepare the herbal infusion, you must use cut green grass. Dandelions or nettles are ideal for this. All this is poured with water, covered with foil and insisted in the sun for about 6-7 days. In the future, the infusion should be filtered, the liquid should be stored in a transparent and dark place, periodically water the tomatoes with this infusion.

We examined what organic substances contain nitrogen, but now we should also dwell on how to use them correctly in order to bring the plant exclusively benefits, and not cause any harm. For example, using compost, you can mulch the soil, which is extremely useful. Here, two goals are realized at once - tomato crops are fed, and the soil is mulched.

During the vegetative stage of tomatoes, you can water the bushes with mixtures that include organic matter and minerals. To do this, mix water, mullein and nitrophosphate. This solution is used for root watering of the plant, the amount of the substance directly depends on the stage of development of the tomato, as well as on the number of bushes in the territory.

It is worth remembering that if you use only organic fertilizers, then there is no guarantee that this will fill the nitrogen demand of tomato crops. It is necessary to alternate organic matter and nitrogen-containing mixtures, mineral complexes, and only in this case we can talk about an effective result, which is extremely necessary for a gardener to get when growing tomatoes.

Experienced gardeners also emphasize that nitrogen-containing fertilizers must be used with extreme caution. In excess, they can have an extremely negative effect on the general condition and appearance of the plant, as well as on the speed and in what quantity the fruits are set. Therefore, nitrogen-containing fertilizers should be applied based on the instructions, as well as on the following algorithm:

Of course, top dressing and fertilization are great, but it is also necessary to bear in mind that improper dressing, wrong proportions - all this can lead to extremely negative consequences. In the next part of our article, we will just dwell in more detail on what are the signs of improper feeding of tomatoes with nitrogen-containing components. 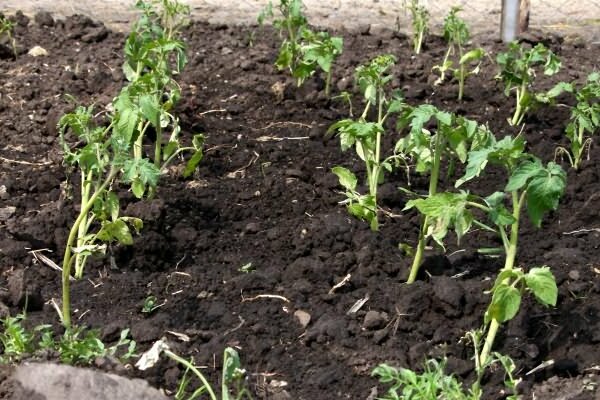 Improper feeding of tomatoes with nitrogen fertilizers usually occurs if the gardener does not adhere to the basic rules in fertilizing a tomato. It is possible to overdo it with dosages not only when using a large amount of mineral mixtures, but also with organic substances.

It is important that by the appearance and condition of the plant it immediately becomes clear that it is overfed. For example, if a tomato has an overdose of nitrogen components, then the bush becomes more spreading. This is due to the fact that he devotes all his strength to the formation of the stem system, and completely loses the ability to tie the fruits themselves on the bush.

Of course, any failures in feeding, its overabundance or deficiency affect the state of the deciduous part, the color of the plant itself, the size and degree of growth of the shrub, the appearance and size of the fruit. Therefore, the gardener needs to learn more precisely to visually determine in what state the plant is, what he needs to add, and which components to completely exclude from feeding and fertilization.

What is a stock and how to grow it

Alatar for pest control: detailed instructions with a photo

How to plant tomatoes two per hole: advantages and disadvantages 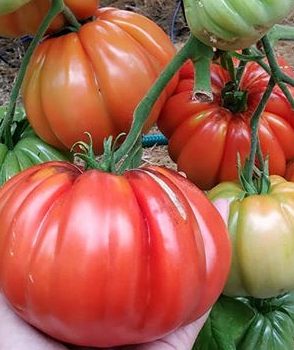 Tomato Nina
Today tomatoes are very diverse, so any agronomist or just someone who ... 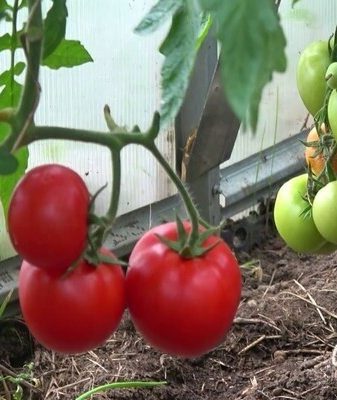 Tomato Tatiana
There are a colossal large number of varieties of tomatoes, in addition, they are constantly increasing ... 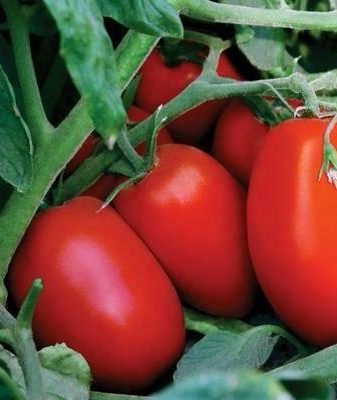