A beautiful flower called Dahlia belongs to the Astrov family. Dahlia's homeland is considered Chile. Currently, there are a huge number of varieties and types of dahlias. There are more than 15 thousand varieties of dahlias and until now breeders continue to work on the development of new species that surprise with their appearance, diversity and beauty. Among them, a group stands out - stunted dahlias. In this regard, practically no one grows these plants in a wild form, except perhaps exclusively by collectors. 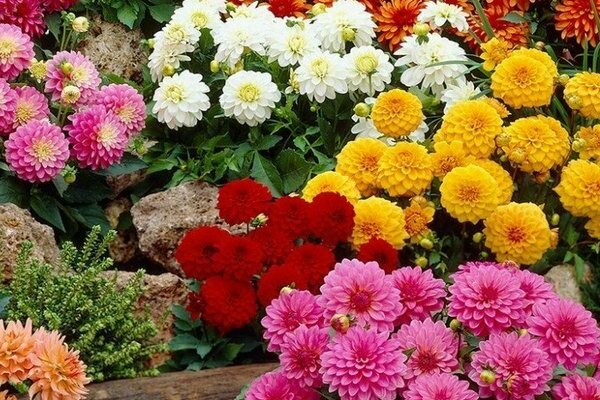 The stem of this culture does not exceed 30 cm, flowers vary in diameter from 3 to 25 cm, while tall varieties of dahlias can reach more than 150 cm in height.

The size of the flower is very large. They are both terry and semi-double. And simple, with expanded, twisted leaves and a wide variety of inflorescences. There is also no uniformity in colors. Shades of flowers are orange, pink, red, yellow, purple and even black. There are flowers that are not painted in one color, but in two or more colors. Low-growing dahlias are very fond of growing recently by gardeners.

This flower is a perennial that is dormant for a long time. After flowering, only the tubers are preserved, which contain nutrients. All parts of the plant necessary for flowering in the next season are laid here. The part of the flower that is above the ground dies off.

The base of the flower is made up of nodules or root cones. In addition to nutrients, the necessary moisture for the plant is also stored here. With this pantry, plants tolerate winter and dormancy well. And in the spring they begin to actively grow and develop again.

At the bottom of the stem is the so-called root collar, to which the root tubers are attached. This root collar must be protected and never cut off. Since new shoots will grow from it at the beginning of a new vegetative period. If the root collar is damaged, then the roots will also die.

Next are the stems of the flower. Inside they are empty, however, the stem is strong enough. It is necessary to tie only those plants that have a long stem. Since with abundant flowering with large large inflorescences, the stem can break from severity.

The last part of the flower is the inflorescences, which are a complex basket of various flowers with a wide variety of shades. Flowers are usually tubular, marginal and ligulate. 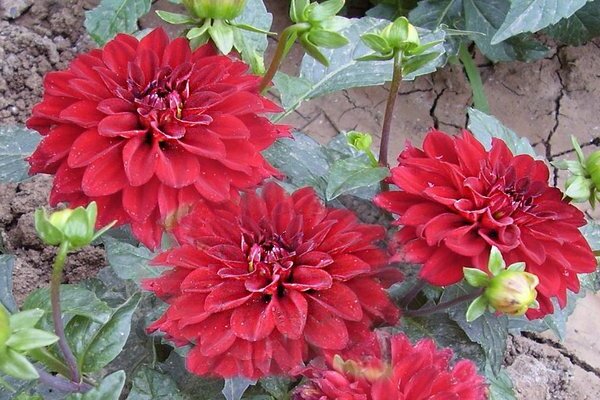 Dahlias have a very long dormant period. Therefore, after one vegetative period has ended, the stem is cut off, and the root tubers with a root collar are placed in a pot and taken to a room that will be protected from sunlight for the whole winter. And where the temperature will not be higher and not lower than + 5 ... + 8 degrees.

In this position, the root tubers rest for several months. If this rule is not observed and the root tubers are placed at home on the window, and also continue to care for the flower, then the plant will die.

After the root cones have woken up from a dormant period, a new vegetative period will begin.At this point, the plants are transferred to a bright room with a higher temperature and begin to actively water.

When the weather is already warm on the street and the soil warms up enough, dahlias are planted on a site, where they will then grow throughout the rest of the season until the onset of new frosts. Then everything is repeated in a circle.

This plant is propagated using cuttings. Also undersized species can be propagated by seed.

When growing flowers by seed, the seeds germinate first. And with cuttings propagation, cuttings take root, and then root nodules are formed. Therefore, for the winter, plants can also be transplanted and carried away to a dark, warm place. 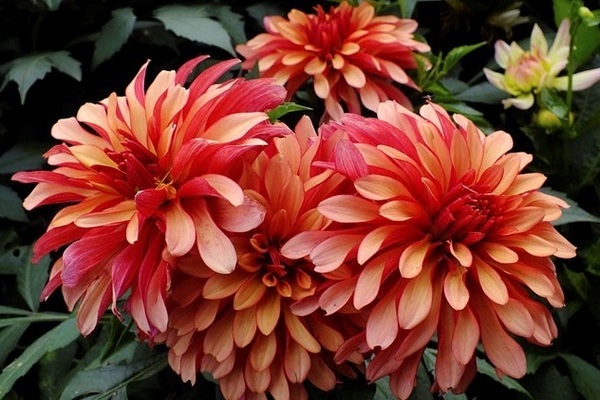 Dwarf or dwarf dahlias are called dahlias with a short stem. They are also called midgets or minions. These varieties have won the love of gardeners relatively recently. When breeders bred varieties with very beautiful inflorescences of various colors.

In addition, dwarf plants have a high immunity to various common diseases, and are unpretentious in care. And also suitable for growing on a windowsill or loggia. In addition, the smaller the stalk of the dahlia, the faster the time of its flowering.

Often, such plants that have a low stem are also called curbs. Because it is believed that they can be grown in flower beds. This is not entirely true, since real curb dahlias have a stem of more than 60 cm, while undersized dahlias grow no more than 30 cm.

The more comfortable the plant will grow and develop, the higher its stem will be. This will not affect the quantity and quality of flowering, since tall plants with large leaves often have small flowers.

It is noted that flowers with short stems require less moisture.

In 1962, an international classification was created according to the variety of these plants, in which dwarf dahlias were not included. Since they were not very popular with gardeners and florists. Some of them do not even know a single variety of dwarf dahlias, except perhaps the variety Funny Men.

The variety of the Galleri series brought popularity to undersized dahlias. And then they were already talking about and began to actively grow in pots and are planted to this day in garden plots. 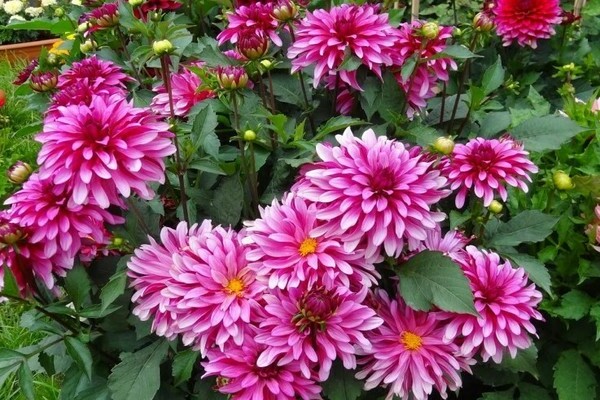 This series has been created for almost 15 years. And then a whole collection of varieties of this series was unveiled. Very beautiful double flowers looked just great. In addition, they grew well at home in small pots and other containers.

It is very convenient to leave them for the winter dormant period, since they do not take up much space. And you can store tubers in the same pot for the entire dormant period in the refrigerator.

The stem grows no more than 40 cm in height. But here, too, it is the care and environmental conditions that will affect. In case you do not want to get a tall stem, you should not feed and water the plants too abundantly. Then such a small bush will have large large flowers up to 15 cm in diameter. 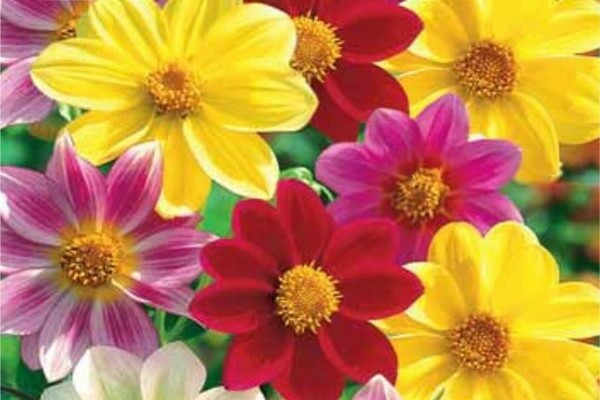 This group of low-growing dahlias is so named quite conditionally. Since minions are usually called those species that reproduce with the help of seeds. Thus, it is not necessary to store root nodules in a pot in a special cool place.

In the spring, you just need to grow dahlia seedlings, which will bloom earlier than others and until late autumn. They can be planted both on your site and on the balcony in a pot.

The root tubers of the grown plants can also then be left for a period of dormancy. If you plant seeds obtained from adult dahlias, then the variety may change slightly.

You can neglect the method of growing dahlias using seedlings and plant the seeds in the ground when the ground warms up. However, in this case, the plants will bloom around September or even August. 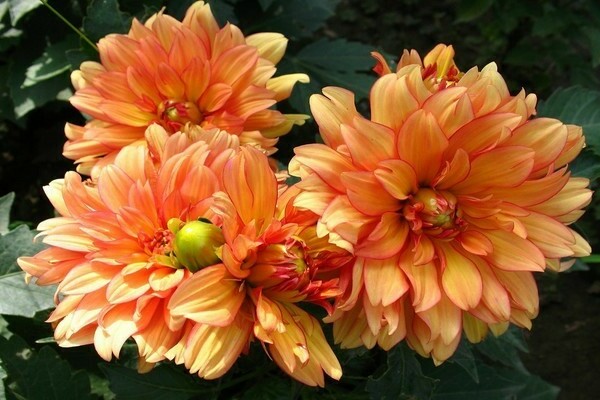 Caring for dahlias that have a short stem will be similar to caring for regular tall dahlias. The only difference will be in the absence of the need to tie up the stems or pinch.

Since the plant has short stems, they will need much less fertilizer and moisture. After the seeds have sprouted, the seedlings can already be planted in open ground. It is advisable to choose the most open place for planting, well-lit by the sun.

Next, you will need to water and feed the flowers. Dahlias are not advised to loosen, and organics should also be abandoned. It is better to immediately choose loose and light soil. And put a layer of mulch on top for better moisture retention in the ground, as well as for less growth of weeds.

It is necessary to promptly cut off flowers that have already wilted. This will encourage more new bud formation.

If in autumn the weather is very changeable, sharp frosts are replaced by freezing temperatures and Indian summer, then it will be easier to care for the stunted dahlias here. Since they can be simply brought into the house for the duration of the frost, and then again put the flower pot outside.

High varieties of dahlias here must be immediately sent to winter by cutting off the aerial part of the stem. If low-growing dahlias grow on the site, they can simply be covered with a special covering material.

Dahlias are very beautiful plants, both tall and short. Stunted dahlias require much less maintenance. Therefore, it is very advisable to grow them both at home and on the site, and admire the flowers throughout the summer. 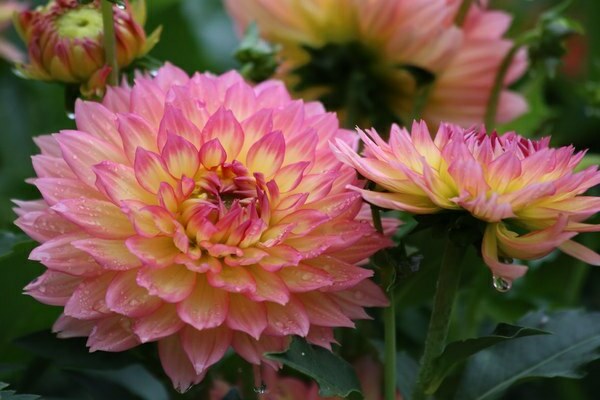 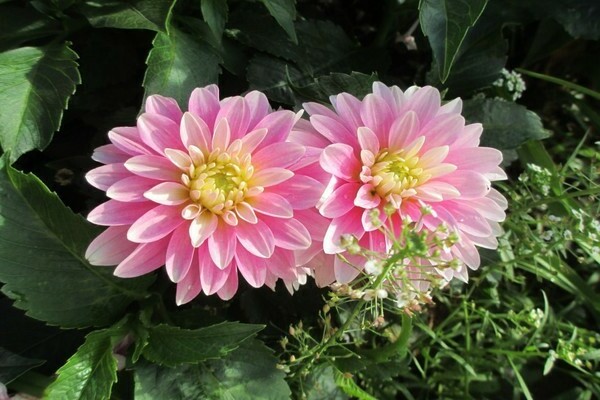 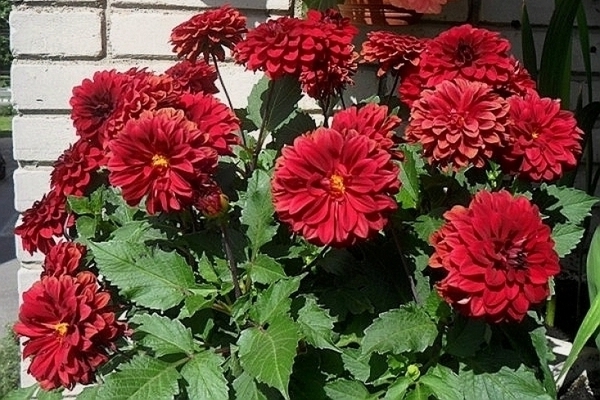 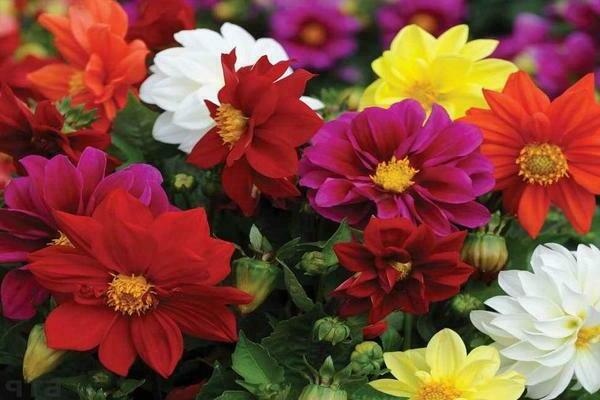 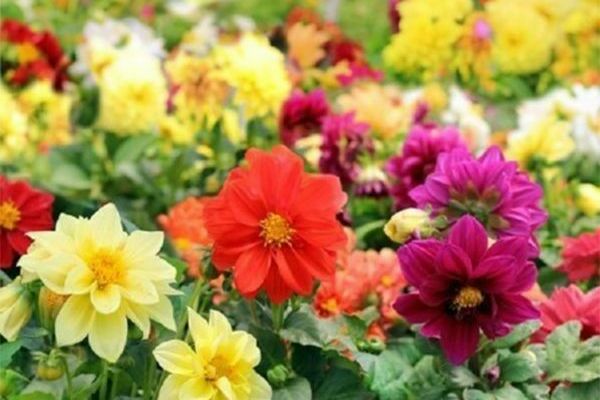 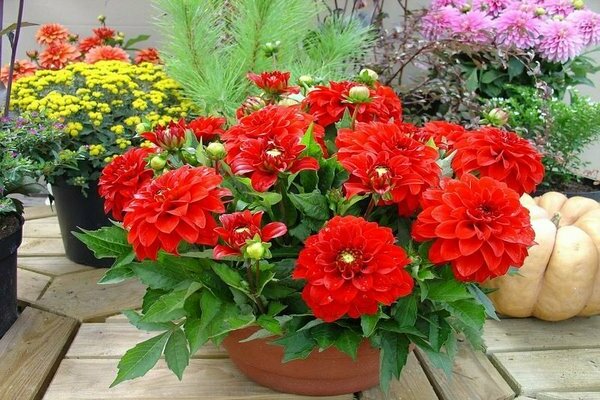 Buddleya - how to properly plant and care for a plant