Walnut is a tall deciduous tree of the Walnut family. It is originally from Greece. The name speaks for itself. The tree reaches a height of thirty meters. It tolerates drought well and grows mainly in warm climates. Now walnut varieties have been developed that can be grown in cool climates.

In this article, you will receive step-by-step instructions on how to plant and grow a walnut, what winter-hardy varieties are, and also take a closer look at breeding methods. 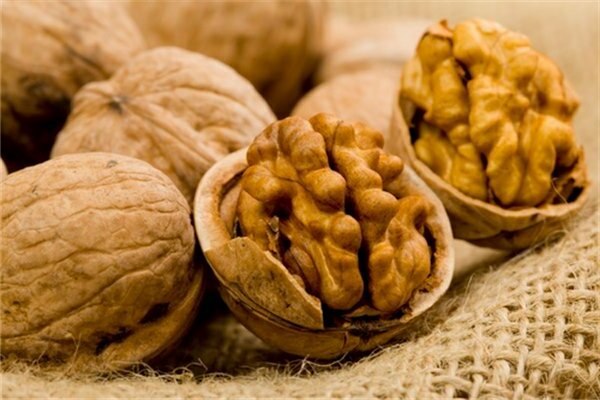 When planting a walnut, it is worth considering the fact that the crown of mature trees usually grows. Therefore, it is recommended to keep the distance between trees. Do not make this distance less than five meters. If the seedlings are planted on slopes, then the distance can be reduced by another one and a half meters. It is necessary to plant walnut seedlings in well-lit sunny places.

This culture is not so demanding on the soil. Rather, even unpretentious. It takes root well both on level ground and in relief terrain.

It is desirable that there are no wetlands, and it is also worth excluding the proximity of groundwater. 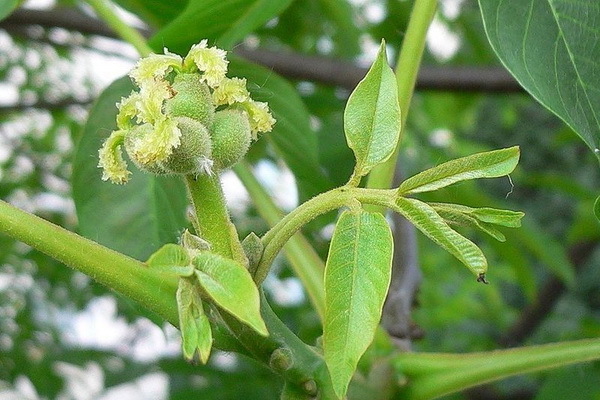 The best part about this culture is that it doesn't require any special care. Still, there are conditions that must be observed, if possible, in order to get a good harvest as a result. 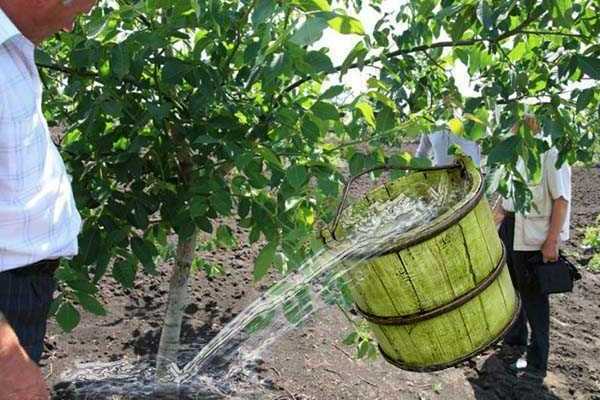 Watering a walnut: photo of the process

The reasons why the plant does not bear fruit.

If the walnut tree does not bear fruit, then, most likely, the branches are very thickened. To eliminate this cause, it is necessary to thin out the crown. Removing unnecessary branches.

If the tree grows well, but there is no flowering at all, then you should take a break in watering and feeding. As a last resort, prune the roots. 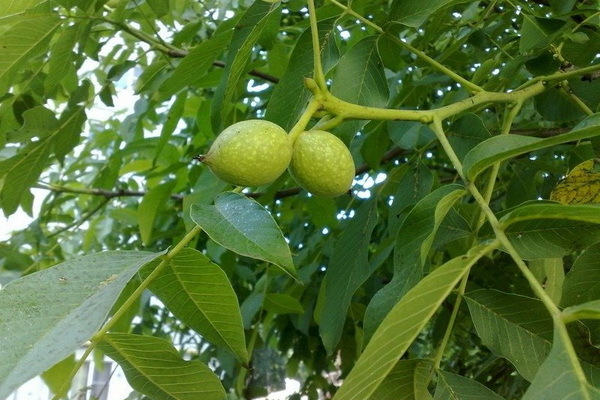 If the walnut blooms but does not form ovaries, it is necessary to do artificial pollination. To do this, you need to shake a branch with ripe pollen over the tree.

Although the walnut is not very susceptible to pests and diseases, I would like to note such pests as the American butterfly, walnut stalk, aphids and sapwood.

The American butterfly gives three generations per season. Caterpillars, which can settle in trees, are especially dangerous. For the fight, it is necessary to use insecticides and various microbiological preparations.

The nut stalk is dangerous because two generations are hatched during the season. Insects crawl into fruits and eat up the contents. Traps are set for them, which attract males. Thus, reducing the number of insects. And it is also recommended to process it with viral drugs.

Aphids are fought with the help of chemicals, as it loves to settle on young shoots and foliage.

The sapwood is a very difficult beetle to find, as it settles under the bark of trees, gnawing it. Such beetles usually inhabit weak trees. Gnawing the channels, they provoke a strong flow of juice.

The main methods of control are carried out through spraying with drugs, as well as prophylactic removal of damaged branches.

Winter-hardy walnut varieties with a description and photo

For a very long time, there was a generally accepted opinion that walnuts can only be grown in warm regions. Recently, however, winter-hardy varieties of walnuts have appeared, well tolerating not only drought, but also frosts. Previously, this crop was grown in regions of Central Asia with a warm and hot climate. New frost-resistant varieties are distinguished by good yields, disease and pest resistance. They can be grown both in the Moscow region, as well as in the regions of central Russia. 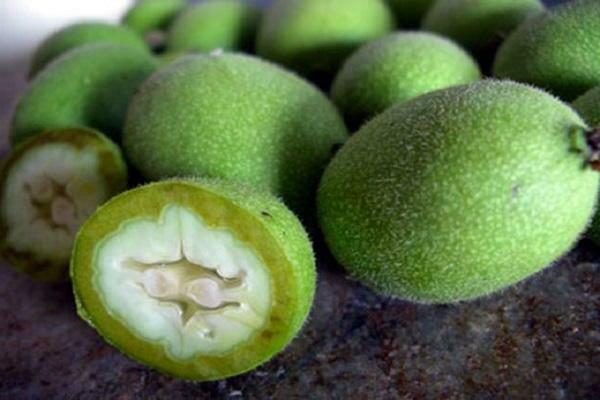 Among the popular and winter-hardy varieties of walnuts, the following can be distinguished: "Graceful", "Dessert", "Aurora" and "Ideal"... These varieties differ in terms of ripening, average tree height and good winter hardiness.

Such a variety as "Dessertny" is distinguished by early ripening and good drought resistance. The winter hardiness of this variety is average, since the kidneys can freeze in frost. The first fruits appear in the fourth year after planting.

The "Graceful" walnut variety can be attributed to the undersized culture among the winter-hardy varieties. The height of the tree is about five meters. This variety has an average winter hardiness. Fruiting begins in the fifth year after planting. Well resistant to frost, diseases and pests - the "Aurora" variety. This variety begins to bear fruit in the fourth year.

The most frost-resistant walnut variety that can withstand frosts below thirty degrees. Differs in good productivity and quick fruiting. Of course, this greatly pleases Russian gardeners.

The main methods of breeding

There are three main ways to propagate walnuts. This is the traditional method of planting seeds in the ground, vegetative and by grafting.

Seed propagation ensures that the crop is well acclimatized to local conditions. The seeds are preliminarily soaked in water for three days, and then in the preparation "Zircon" also for three days. It is necessary to plant in April in warm and fertile soil. Planting depth is no more than 10 cm. When planting, the nut is set sideways on the edge.Seeds begin to germinate faster under a film cover.

Vegetative propagation is carried out using aerial shoots that grow in the area of ​​the root collar. With this method, the culture begins to develop well, and fruiting can begin as early as the third year. New shoots are used for cuttings. Planting is desirable with this method either at the end of April or in November.

When grown by grafting, two-year-old seedlings are used as a stock. The vaccination itself is carried out in March. The method used in the northern regions differs in that the seedlings are pre-grown in containers, leaving in December. Grafting is done in February, and planting in the ground is done in May. In this way, the "maternal" qualities of the plant are preserved. 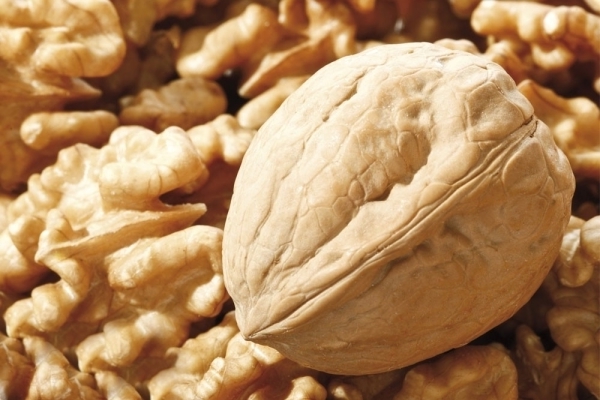 Before planting a walnut, all seeds are stratified. This takes up to three months and should be remembered. For proper stratification, seeds are immersed in wet sand and placed in a cool place. Before planting, the seeds are transferred to a warm place for a month, keeping them in water and stimulants.

Tips and tricks for preparing walnuts for winter

In order to avoid the consequences of little snow and frosty winters, plants need shelter. Protect the root collar, trunk and branches. To do this, use burlap, agrofibre, and spruce branches are used to protect the roots. When snow falls, they need to close the plant to the skeletal branches, covering the entire trunk with snow. It is recommended to cover the top with spruce branches. All these measures will help protect the walnut tree from severe frosts and protect the future harvest from freezing.

Zdraven preparation for tomatoes - use on the site 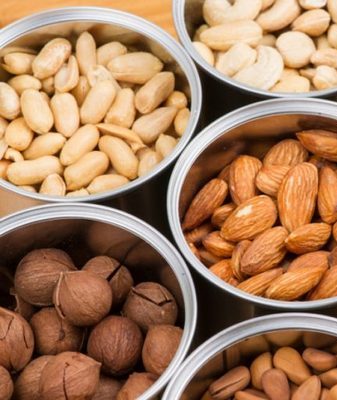 Types of nuts with names and photos
Walnut is an incredibly healthy product that contains a lot of different things the body needs ... 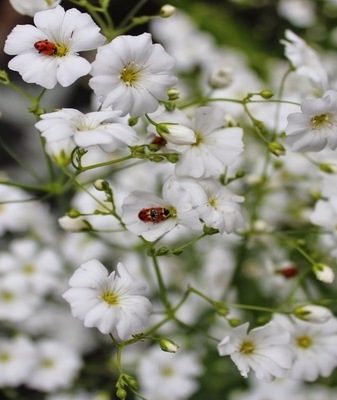 Gypsophila
Surely you have decorated bouquets more than once with this amazingly beautiful plant or bought ready-made ... 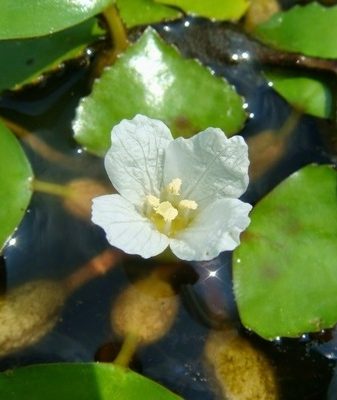 Water Nut (Chilim)
Currently, a lot of plants are listed in the Red Book of our country. Water nut (Chilim) ...
×