Ceproceryl: instructions for use for birds
1 124

Ceproceryl: instructions for use for birds

In this article, you will learn details about the preparation for birds Keproceryl: features of the preparation, composition and its beneficial properties.

One of the modern problems is that often poultry farmers simply do not know how to properly keep birds. In this regard, they begin to be very actively exposed to a variety of diseases, and mainly these are diseases of the gastrointestinal tract. In order to cope with such diseases, the poultry farmer must necessarily have several means in his arsenal. One of these drugs is Ceproceryl powder. In this article, we will tell you more about it and its main properties and functions.

The peculiarity of Ceproceryl for birds is that it contains ideally combined antibacterial components. They have a large-scale effect, they can destroy a variety of viral and other diseases that lead to a deterioration in the condition of birds. An additional component is vitamin elements and microorganisms, which accelerate the process of recovery and recovery, as well as improve the metabolism of the bird, as a result of which the consequences of antibiotic use can be avoided.

The drug Ceproceryl is used to treat chickens, as well as other poultry, which, due to their weak and sometimes unprepared body, begin to suffer from a wide variety of diseases. For example, the most common diseases that the drug fights with include salmonellosis, colibacillosis and pasteurellosis. All of them lead to dehydration, fever and chills. Since birds suffer from diarrhea, they become exhausted, become weak, so their bodies need emergency help.

Like any drug, Ceproceryl powder has many positive properties and effects, and they mainly appear with regular prophylactic use of the drug. Firstly, the metabolism of birds gradually normalizes, the metabolism improves and accelerates, the work of the gastrointestinal tract is restored, and nutrients and useful substances continue to be retained in the body. In addition, the drug improves the immunity, stress resistance and endurance of birds in particularly changeable periods of time.

Due to the successful balance of trace elements and vitamins in general, the condition of the bird is gradually recovering and improving, it becomes more active and hardy, which indicates its recovery.

The active components of Ceproceryl are such as colistin sulfate, erotrimycin, oxytetracycline and streptomycin - mainly antibiotics with targeted antiviral and antibacterial action. Vitamins B6, B2, D3, C, A, B12, B1, K3 act as softeners, which allow the bird's body to quickly recover and get stronger. The medicine is absorbed very quickly, which speeds up the healing process. This is extremely important, especially during periods such as autumn and winter, when, due to weather and climatic conditions, changes, the body, in principle, begins to slowly weaken. Also, these drugs are mainly used to treat or restore the gastrointestinal tract, which is susceptible to various negative influences.

Contraindications to the use of Ceproceryl

As with all animals, birds also have some contraindications, and they have side effects from the use of a number of drugs. Despite this, they tolerate the consumption of Ceproceryl quite successfully. It is only important to take into account the fact that it is necessary to read the instructions for use, to dispense the drug in accordance with the calculated dose and the schedule, which may be individual for each individual. The medicine is prohibited for use only if the bird itself is sensitive to its key components.

Thus, summing up, we can conclude that this drug is a real salvation in emergency cases that occur at the poultry farmer. It is easy to use, can quickly and effectively deal with disorders and acute diseases of the gastrointestinal tract. Also, the drug is widely used not only for treatment, but also for the prevention of a number of diseases, which should also be taken into account.

Ceproceryl for birds: video about the drug

Choosing a rhubarb variety - a description of plant varieties

When and how to transplant hydrangea, care after transplant 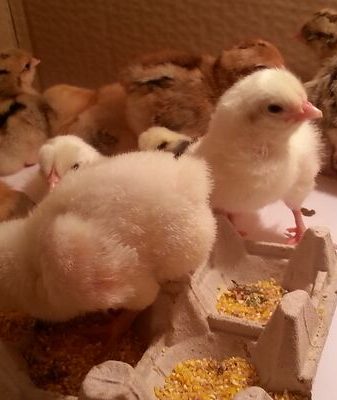 Baycox: instructions for use for broiler chickens
This article contains all the basic information about the drug called ... 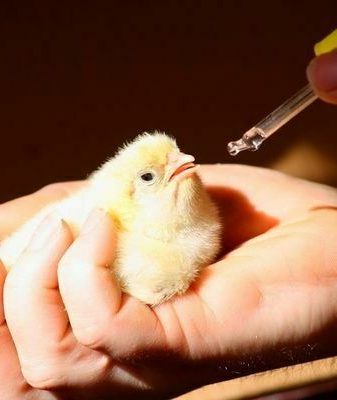 Baytril for chickens: instructions for use
Baytril is a drug that kills viruses that infect the digestive tract and respiratory system of birds. Especially... 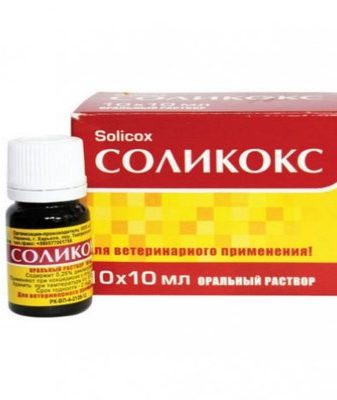 Solicox: application for birds
To save chickens from an infectious disease, coccidiosis, veterinarians use to treat ...
×