This culture is very often used by graphic designers in their work. Clematis can be a real decoration of many sites. Thanks to the work of breeders from all over the world, a huge number of a wide variety of varieties have been bred, and today their diversity is amazing. Clematis Bill Mackenzie was bred by New Zealand breeders. This variety produces medium-sized flowers. If you choose yellow flowers for your site, then we highly recommend that you take a closer look at this particular plant. 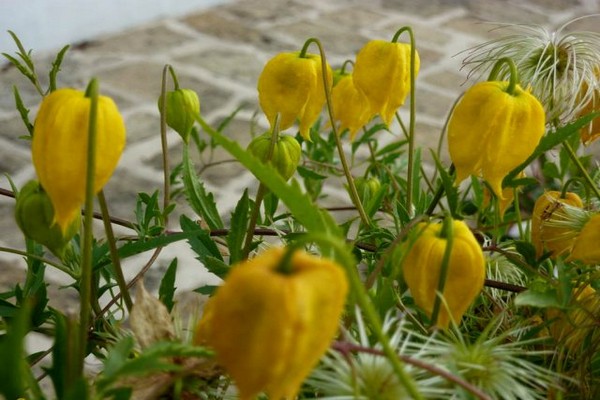 This variety was obtained thanks to the work of scientists in 1968. Clematis Bill Mackenzie was obtained by crossing clematis varieties such as Tangut and Orange Peel. The resulting variety is hybrid, has more than one award, as well as recognition among designers and summer residents. Clematis is a representative of the Tangutica group, this culture is distinguished from others by the length of the vines, shoots can grow from four to six meters.

Botanical clematis Bill Mackenzie forms vines that are long enough that can grow up to five meters. For this reason, the supporting structures must be suitable in size.

Clematis Bill Mackenzie blooms in not too large flowers. In diameter, one inflorescence reaches from six to eight centimeters. The flower is yellow in color, includes four sepals. In its length, the sepal reaches from three and a half to four centimeters, the width is about two centimeters. The anthers are beige, and the filaments of the stamens are reddish with a brown tint. Before the flower opens, it resembles a bell in shape, and when flowering is already in full swing, the sepals become flat. This variety blooms for quite a long time, starting from late spring - early summer and up to the autumn period. The fruits of such clematis are formed in the form of nuts, which are grouped in fruit. The fruits have a nice appearance, so clematis is also pleasing to the eye in the autumn. 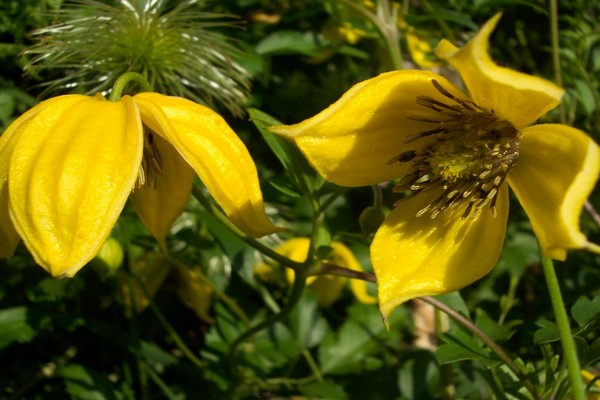 How to Plant and Care for Clematis Bill Mackenzie

Clematis Bill Mackenzie is best grown in a well-lit area with reliable protection from gusty winds. This culture is not too whimsical in terms of the choice of soil composition. Therefore, it can successfully grow on almost any land. However, Bill Mackenzie shows the best results on not too heavy, breathable soils, which contain quite a lot of nutrients. Fertilized sandy loam soil and loam are good for these purposes. The ground should be moist, but care must be taken to avoid waterlogging. Groundwater should not be too close to the surface. With regard to the level of acidity, a weak reaction is allowed, and there may also be a small amount of alkali.

Botanical clematis Bill Mackenzie tolerates low temperatures very well. However, pruning and preparing for the winter period is a must.So you can protect the kidneys from hypothermia, and the plant will thank you in the future with abundant beautiful flowering.

Before planting, it is necessary to prepare the landing pits in advance. The diameter of such a hole should be about sixty centimeters. The depth can vary from fifty-five to seventy centimeters. This figure is highly dependent on how large the root system of your seedling is, as well as on the structure of the soil used. In the case of too close location of groundwater to the surface of the earth, the pit should be deeper, since a drainage layer must be placed on the bottom. It will be about fifteen to twenty centimeters. For these purposes, you can use expanded clay, broken brick, sand, gravel, pebbles. 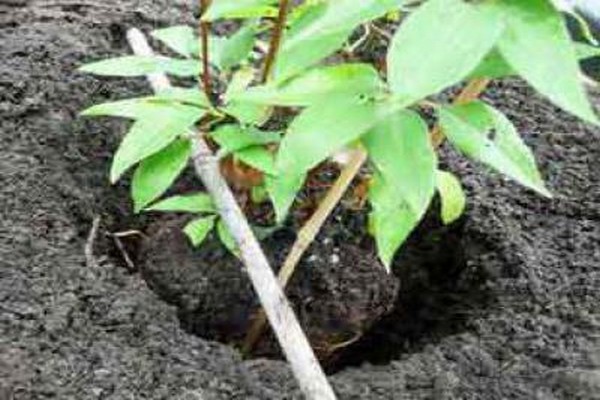 The soil for planting Clematis Bill Mackenzie also needs to be prepared. To do this, you need to take the soil from the hole and mix it with the following components: humus and sand. All ingredients should be equal.

If the acidity level in the ground is too high, then deoxidizing agents must be added to the hole before planting. Slaked lime, as well as dolomite flour, will cope well with this task.

To additionally nourish a young plant before planting, you can use complex mineral dressings.

In order to properly plant clematis, you need to adhere to a certain algorithm of actions: 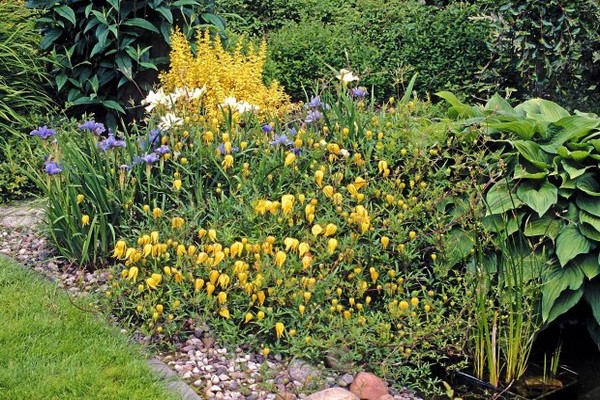 It is best to plant Bill Mackenzie clematis in the spring or fall. If you purchased planting material in the summer, then it must have a closed root system. Such a plant is planted according to the algorithm described above.

If the plant has an open root system, and you also see that the roots are dry, then before planting clematis, you need to soak the rhizomes in a growth stimulator. For this, you can, for example, use the drug Epin. Also, some experienced growers simply immerse the plants in cool water for at least six hours.

In the first year after planting, clematis is especially sensitive to all kinds of stimuli. For this reason, more attention should be paid to a young plant. Fertilizers based on mineral elements need to be applied three times a season. This will provide the root system with sufficient nourishment for normal growth and development. If clematis forms buds, then they must be removed without fail. So, clematis will not waste extra energy.

If you follow the basic rules for growing and caring for clematis, then the plants will bloom from year to year. 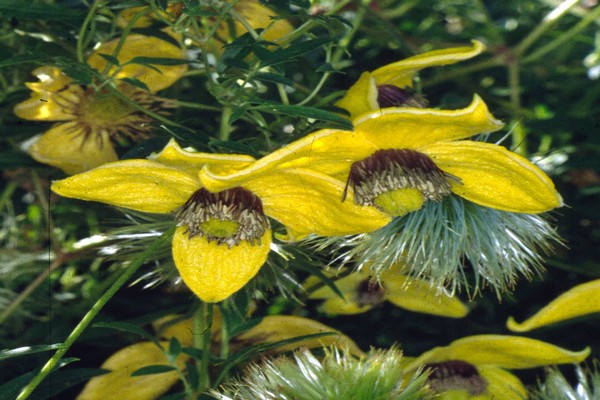 Plants need to be watered periodically.If the weather is stable, hot, you need to carry out this procedure two to three times a week. In this case, you need to water both the soil and plant leaves. It is recommended to do this in the evening, after the sun has already set. This will prevent the leaves from getting sunburn from the rays. If the plants do not have enough moisture, you will understand this by too small inflorescences. At the same time, there are few flowers. If you find such a change, then make the watering regime more frequent, as well as add additional nutrition.

Plants are fed in the spring, as well as in the summer. It is recommended to alternate organic and mineral-based fertilizers. Top dressing should be applied a maximum of two times a month. For the first year after the plant has been planted, fertilizers do not need to be applied. For development, the dressings that were introduced into the planting holes are quite enough.

How to prepare clematis for wintering

To prepare the plants for the winter period, you need to cut them in the right way and insulate the plantings. At what time to carry out these procedures depends greatly on the region in which you grow clematis. It is best to carry out these measures before the frost sets in. Better to choose a dry, fine day. Often Bill McKenzie's clematis suffer from root decay. In the spring, it is necessary to "free" the plants from the covering material when stable warm weather sets in.

As for the pruning group to which this clematis variety belongs, it is the third. This means that Bill Mackenzie needs to be cut hard enough. In order for the plants to delight you with lush color in summer, you need to cut the plants quite radically. Clematis should be pruned two to three knots above the ground. In addition, it is imperative to cut branches with a painful appearance at the root, as well as broken and dry stems. Those shoots that have died off are allowed to be cut in the spring. 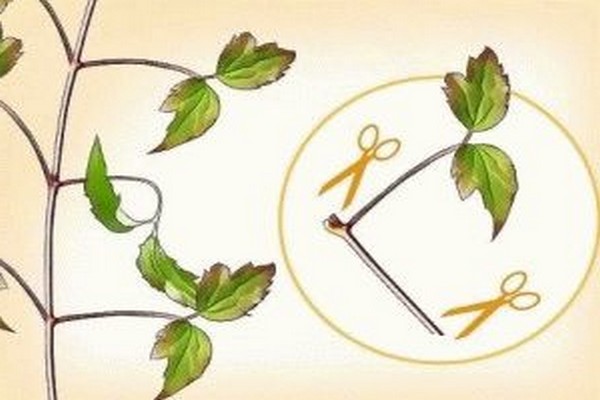 Reproduction of this variety of clematis can occur in different ways. To do this, you can use seeds, layers, cuttings, or multiply plant by dividing the shrub.

It is worth noting that the seed must be completely mature. For this reason, seed collection takes place, as a rule, from at least the fifteenth of September. Hybrid seeds often do not convey the varietal characteristics of the mother bush. For this reason, this method is almost never used. The most popular are cuttings and layering. If you have chosen to divide the bush, then this can be done in two ways. With the first, the roots are completely dug in, with the second, partially.

About diseases and pests of clematis Bill Mackenzie

If the basic rules for the cultivation of clematis, Bill Mackenzie, are not followed, you may be faced with the fact that the plants can "pick up" this or that disease. Most often, clematis, with improper agricultural technology, are affected by powdery mildew, wilting, rust, gray rot.

Most often, diseases of fungal origin occur if the soil moisture level is too high, too much precipitation falls. To solve the problem of wilting on clematis plantings, you can use the drug Fundazol. Prepared in accordance with the instructions with the solution, you need to process the soil in the area of ​​the trunk circle. With this remedy, the fungal disease will slow down its action. However, if too strong foci of damage to the bushes are observed, then such plants must be dug up and destroyed away from the site.

Diseases of fungal origin are also treated with drugs that contain copper. You can use Bordeaux mixture for this, Oxyhom. Leaves and stems of diseased plants should be treated with such solutions. 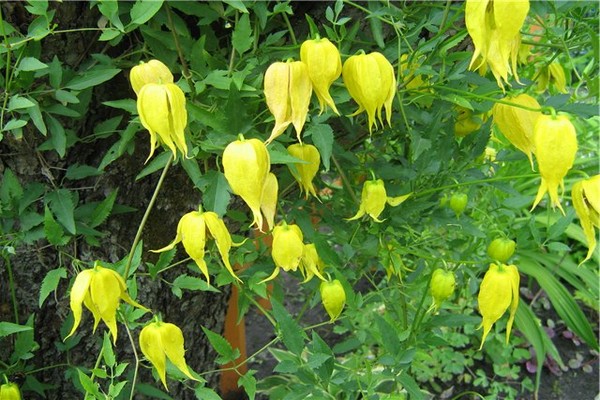 As for viral diseases, they do not occur so often in this culture.Harmful insects that feed on plant sap can carry viruses such as yellow mosaic. It is almost guaranteed that you will not be able to save an infected plant, so if you see the first signs of this problem, feel free to dig up and burn the plant.

If your plant has been attacked by nematodes, then it will not be possible to save such clematis either. The only correct solution is to destroy the diseased specimens. If, while digging up affected plants, you saw traces of the work of such a pest as a rootworm nematode, then you should refrain from re-planting clematis in this area for at least several years.

Clematis Bill Mackenzie is very popular among summer residents and decorators. This is not surprising, because Bill Mackenzie's flowers are truly beautiful. Large, yellow flowers give a delicate aroma and delight even the most sophisticated flower lovers. The flowering of this variety begins in June and lasts until September. If you do not neglect the basic rules for planting and caring for plants, then problems with various diseases and harmful insects are practically excluded.

Corn in the garden: revealing all the secrets! 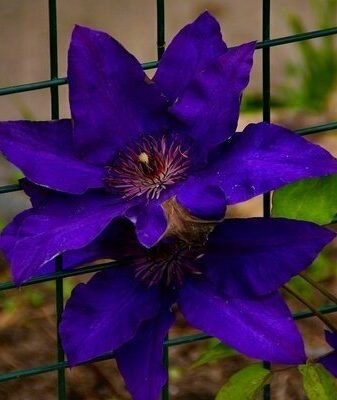 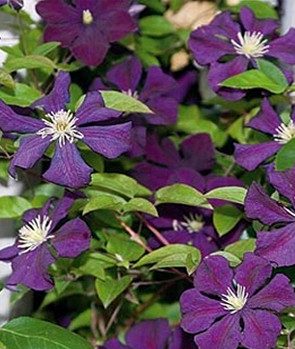 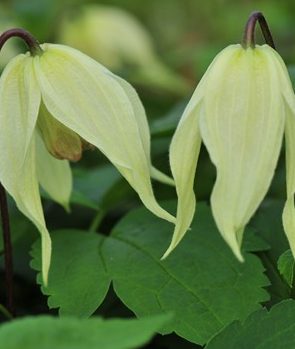