Grafting a cucumber on a pumpkin
571

Grafting a cucumber on a pumpkin

Very often, summer residents like to conduct a variety of experiments that are aimed at making a particular culture more resistant to various diseases. As well as unfavorable environmental factors, as well as improve the quantity and quality of the crop. An interesting experiment was the grafting of a cucumber on a pumpkin. What this can happen, let's take a closer look in this article.

Grafting a cucumber on a pumpkin: what is it for? 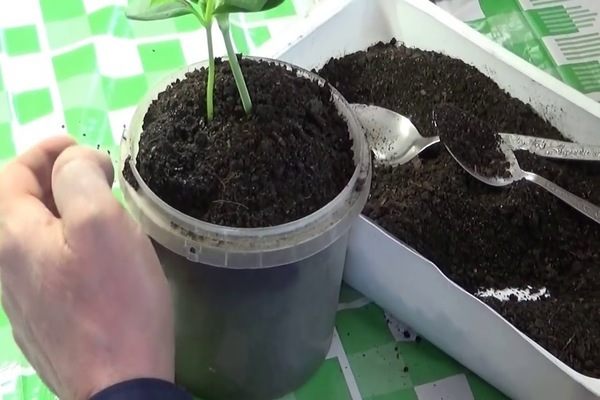 Grafting a cucumber on a pumpkin: photo

Grafting cucumbers on pumpkins has long been known to many summer residents, and has also proven itself well in greenhouse and farm conditions. What can be obtained by carrying out such an operation.

How to prepare for vaccination 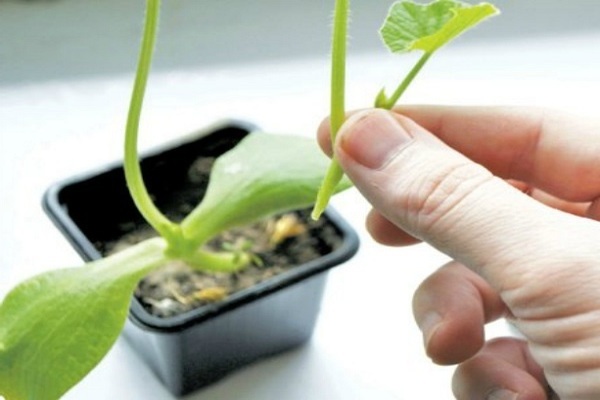 To inoculate a cucumber on a pumpkin, it is good to opt for the Lagenaria variety. About a day before planting, the seeds must be soaked in an epin solution and planted in peat containers. These pots are very convenient in that they are well suited for transplanting to a permanent place without disturbing the plant.

First you need to sow pumpkin seeds, and only then cucumbers. Then put the containers in a warm room, and as soon as the first shoots appear, put the seedlings under the lamp.

Many summer residents say that the seedlings must be provided with warm conditions so that they develop and grow better and faster. But if you are going to grow seedlings at home, then she will be able to stretch herself quite well.

You need to plant cucumbers and pumpkins nearby, so that later it will be more convenient to carry out grafting. Grafting is necessary when real leaves appear in both crops. The culture must be shed well the day before grafting. 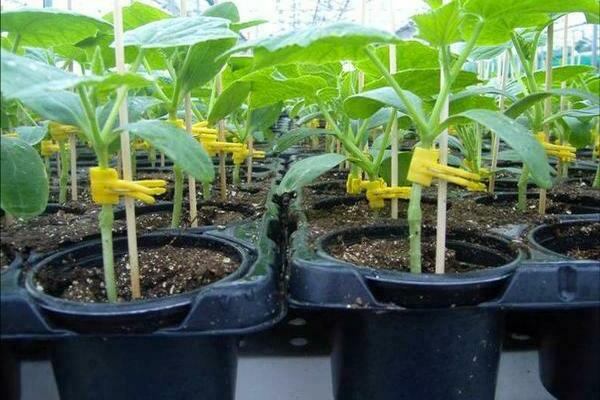 To vaccinate cucumbers on lagenaria, it is best to use a clerical knife. Be sure to wipe the knife blade with alcohol before work in order to disinfect it.

You need to make two cuts at the same level to make it easier to combine them - one on the stem of the pumpkin, the other on the stems of the cucumbers. The cuts should resemble small burrs.

On a pumpkin, such a burr should look up, on cucumbers - down. If you want the procedure to bring its results, all actions must be performed quickly, literally in a few seconds.

If you act slowly, then the slices can dry out quickly and then accretion will not work.After that, the slices need to be connected, added by a match to the place of union and tied with a bandage.

You need to wrap tightly, but so that there is no tightness. If you begin to notice that the plants have begun to wilt, then you can use a stimulant and put it under a film.

This will create a greenhouse effect prior to planting in a permanent location. And after a couple of weeks, matches and a bandage need to be removed from the cut. At this time, the plant needs to be provided with a shady place for several days, as well as watering.

Advantages and disadvantages of vaccinating cucumber for lagenaria 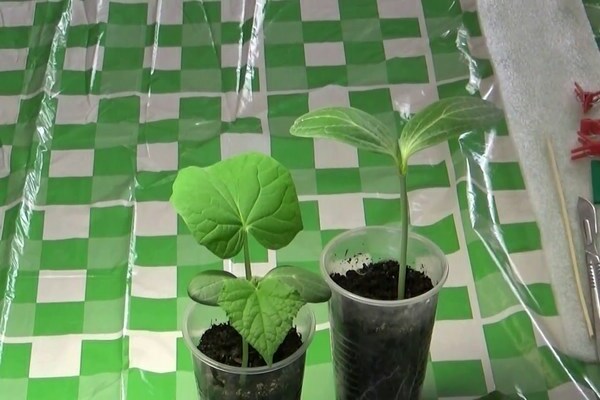 It is important to understand that even if you do everything right, plants can show themselves in different ways, depending on the area on which they grow.

If the grafting of a cucumber on a pumpkin is carried out in the southern regions, then it has a better chance of being crowned with success. More so than in the northern regions. The point may be that the plant needs more time to better adapt to new conditions.

Vaccination of cucumber on lagenaria: video
But for the northern regions, this is a bit tricky to do. First, consider the disadvantages that can be encountered when grafting a cucumber on a pumpkin:

But there are also many advantages to vaccinating cucumbers for lagenaria.

Gladiolus bulbs: TOP secrets of how to plant correctly? + care

What determines the color of hydrangea? TOP ways to change color 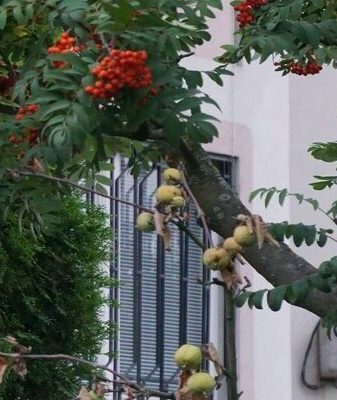 What can be grafted onto mountain ash?
Perhaps everyone, whatever he does, and whatever his craft is, has an inner ... 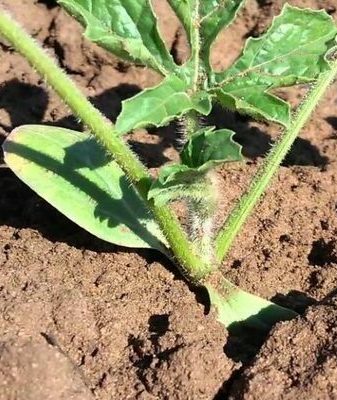 Grafting a watermelon on a pumpkin
Grafting of two similar crops is a process in which the roots are stronger ... 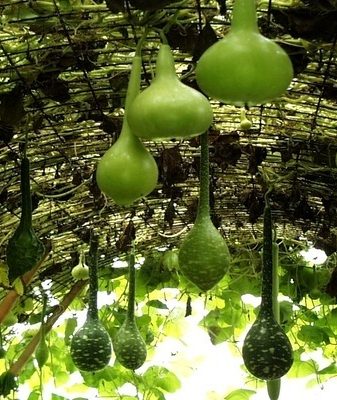 Lagenaria
Quite often recently you can find a plant that has interesting in its shape ...
×