What if the gooseberry dries?

Gooseberry is a shrub from the gooseberry family. The Russian climate is ideal for gooseberries. True, in the southern regions it does not take root very well. Within the middle zone, as well as in Siberia and the northern regions, gooseberries are actively growing and developing. And also bears fruit actively. But despite all his resilience, he can also get sick. What to do if the gooseberry dries up, we will tell you in this article. 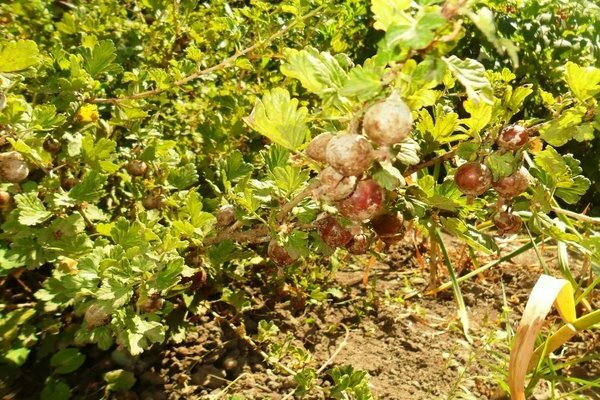 Gooseberries dry out due to root rot 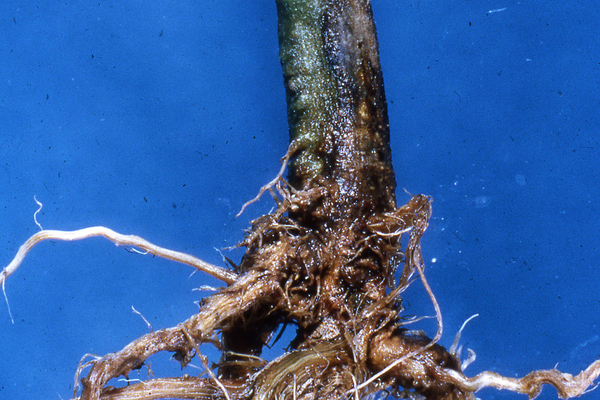 Root rot can develop due to poor drainage layer. That is, the moisture will not go away, but the earthen coma will stagnate. This will restrict the access of oxygen to the root system, it will suffocate and rot. Also, this disease can spread to shoots, and in young specimens, it can affect the entire trunk.

The first cause of the disease. Excessively dense soil. If the plant is planted on clay soil, then after rain or watering it becomes so compacted that it ceases to pass oxygen and carbon dioxide. In this case, the foliage and branches will dry out, and the bush will die.

The second cause of the disease. Planting shrubs in the lowlands. When planted in a lowland, the bush may experience excess moisture, especially during the growing season. In this case, the foliage and branches will dry out, and the bush will die.

The third cause of the disease. Excessively deep seating. The root system will not have access to fresh oxygen. In this case, the foliage and branches will dry out, and the bush will die.

How can you fight? Such problems can be corrected by powerful loosening of the soil under the bushes, as well as by ensuring good drainage.

The foliage has turned yellow and the gooseberries are drying 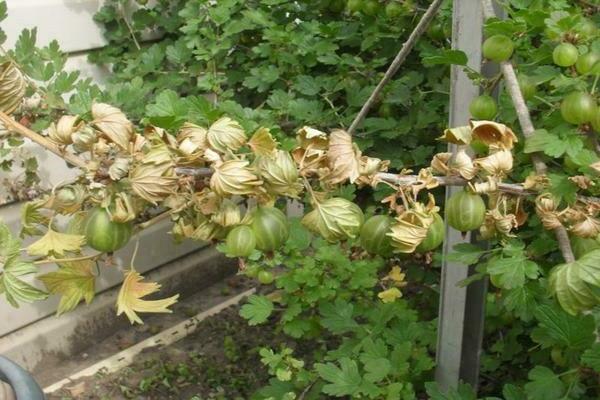 As a rule, foliage can turn yellow due to the fact that in the summer heat the bush does not receive enough moisture. If you just water, this problem will usually go away. Inhabitants of the northern regions often plant gooseberries in raised beds. And also on hills with sandy soil. In such a place, the bush will lack nutrients. And soon it will simply dry up. 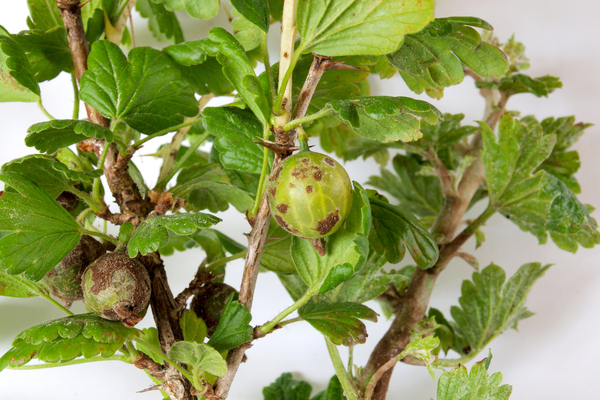 This disease develops when there is a lack of iron. In this case, the foliage will gradually turn yellow and fall off. In addition, the bush is very weakened after it has borne fruit. Therefore, the foliage may begin to dry, and the inflorescences and fruits will fall off, or not form at all.

How to deal with chlorotic foliar disease? In this case, the bush can be helped by spraying the foliage. To do this, you need: dilute one gram of ferrous sulfate in one liter of water. Or fertilize the soil with wood ash. Ash should be after clean wood, that is, not painted, varnished or glued.

Gooseberries dries out due to frosting of the shoots 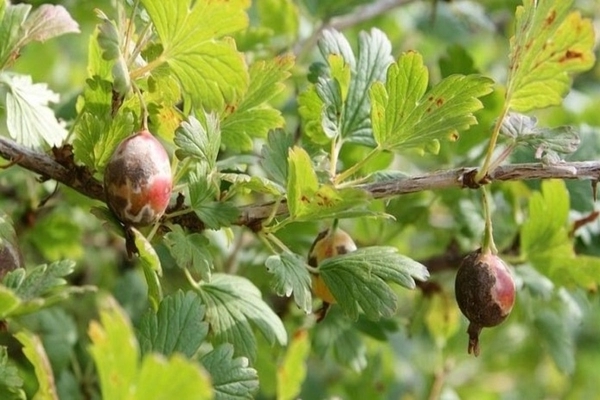 If the bush grows and develops well, then its shoots should be protected for the winter period, but it also happens that the stems of young plants do not have time to prepare for winter and freeze over. With the arrival of the summer period, such a bush will look as if it has dried out.

How to deal with freezing of shoots? You can try to cover the bush for the winter. But it is best to buy frost-resistant varieties.

The problem of freezing of bushes during frost. Even mild spring frosts can adversely affect young shoots, foliage and inflorescences. In this case, the plant will look semi-dry. Such conditions are especially dangerous for those plants that grow in the lowlands, since the coldest air accumulates there.

How to deal with freezing of bushes during frost? The easiest option would be to purchase frost-resistant varieties. But, and if your bushes are not highly resistant to frost, then you can spray them with clean water before frost, and also place small containers filled with water between them, this will prevent the cold. In central Russia, it cannot happen that all the buds fall off due to frost. 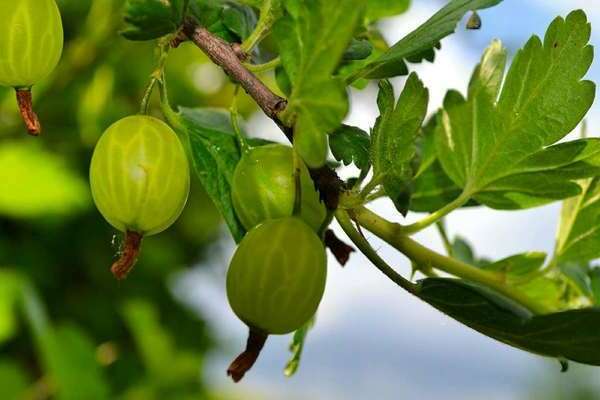 Hot winds and a low percentage of air humidity are typical for the Volga and Don regions. The foliage can dry out to the point where it can be ground into powder. Because of this, withered shoots and foliage have to be cut off and wait for a new one to grow.

Method of protection against hot winds and low air humidity. The optimal way to fight has not yet been invented. But there is one recommendation, you can plant a plant in a lowland, because there the hot winds will not be able to reach the culture. In modern times, Israel has developed a specialized net for covering greenhouses. It can protect plants from hot weather and summer heat.

Gooseberries dry out due to fungal diseases 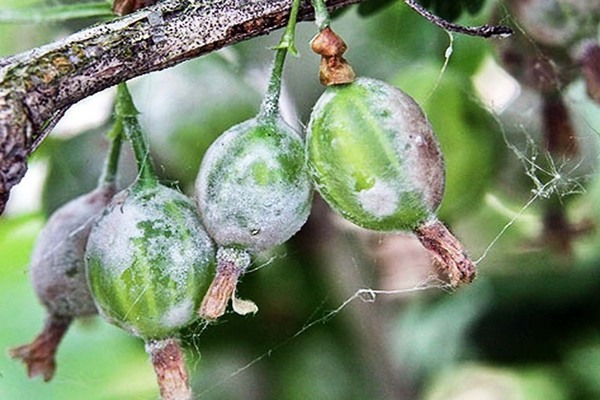 Fungal spores begin to develop under the bark of the plant. Over time, foliage and shoots begin to turn brown and dry.

Vertical wilt This infection manifests itself in the vessels of the root system, thereby clogging them. Because of it, branches, young shoots and foliage will simply die from a lack of nutrients. The bush itself will gradually dry out. The affected bushes must be immediately dug out of the garden and destroyed.

Anthractosis, or malignant spotting. During the second half of summer, brown spots on the foliage will cause it to dry out and fall off. By the end of the summer period, the bush will stand bare and with dried fruits.

Brown spotting. Due to such a foliage disease, the bush will dry out greatly, the leaves will fall off, growth and development will stop.

Currant mulberry. This is a fungus that can cause red rot, and because of this, young shoots and branches will dry out. In some places of the stems, red spots can be seen - this is the mycelium of the infection. 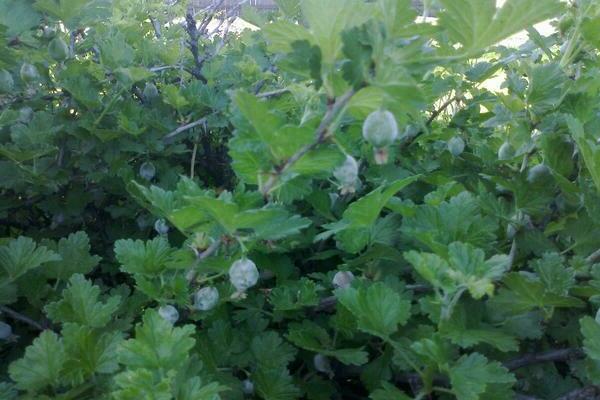 As soon as you notice them, you need to immediately start treating them. The plant will not die from them in just one season, but within two to four seasons, it is quite likely if you do not start treatment. It should be remembered that the infection can overwinter in fallen leaves, soil and bark of branches.

How to deal with fungal diseases? Severely affected plants must be destroyed and burned. Also, as a preventive measure, crop spraying can be carried out. This can be done using: 1) copper sulfate; 2) Bordeaux liquid in one percent concentration; 3) carry out the treatment with fungicidal preparations.

It is necessary to follow all the rules of planting and care, then this will prevent all possible diseases of the culture.

Important rules for planting and caring for a crop 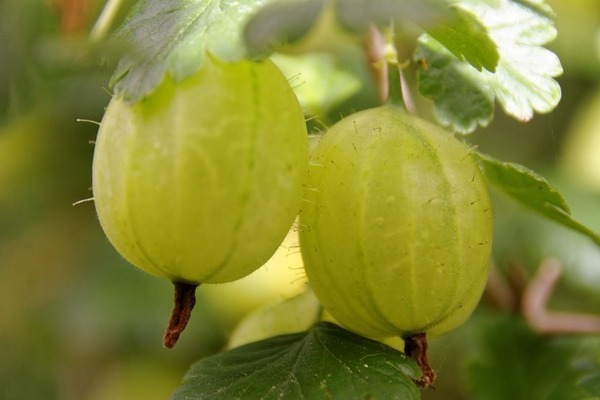 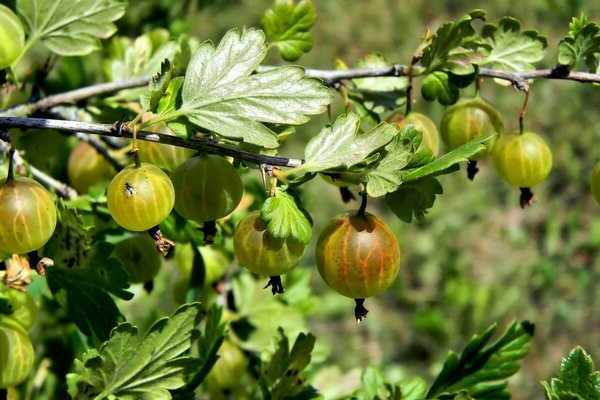 If you want to harvest a bountiful and tasty harvest, then you have to work hard. If you notice that your plants have begun to dry out, then you need to carefully examine the bush and find the cause. In fact, there are a large number of reasons and they can all be caused by different errors. Provide your acoustics with comfortable conditions and proper care, and then he will thank you with a bountiful and tasty harvest.

Amarilis: TOP care secrets, what a flower looks like, photo