Briefly about this variety of tomatoes

The following is about the description, benefits and instructions for proper cultivation. And the opinion of summer residents who planted this species on their territory will also be indicated.

Tomato Jubilee Tarasenko: description and characteristics of the variety

The parent variety of this variety of tomato Yubileiny Tarasenko is a tomato from Mexico "San Morzano". An effective result of an amateur in breeding work is a tomato with an ordinary ripening time, surprising with its large amount of harvest. 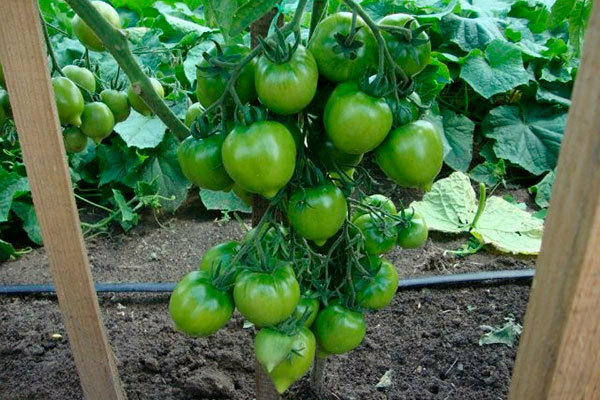 Recommendation! Since the ripening of the Yubileiny Tarasenko tomatoes is not smooth, partial, it is advised to receive the fruits at the moment of vlange ripeness - the harvest ripens amazingly to the end in domestic realities.

The taste and smell of the Yubileiny Tarasenko tomatoes are amazing, so they prefer to eat them raw, in salads, snacks, and so on. Tomato has a not thick, but very dense shell, which does not have the ability to crackle during pickling, pickling, harvesting for the winter season, tomatoes are also excellent. You will not be able to use Jubilee Tarasenko juice from tomato fruits, because there is a lot of pulp inside the tomato, and there is practically no water and juice, but the ketchup will turn out excellently.

Tomato Jubilee Tarasenko: the advantages of a tomato

This variety of tomatoes has almost no drawbacks. If you take proper care of the shrubs, apply a sufficient amount of fertilizing and moisture to moisturize, arrange preventive procedures against the negative effects of parasites and diseases, the “Jubilee Tarasenko” tomato variety will 100% reward you with a stable and large amount of harvest.

The selection specialist who created this tomato said that eight kilograms from each shrub is not only possible, but also quite small, which means that the fees from one shrub start from eight kilograms. If you cultivate herbaceous plants correctly and carry out the correct agricultural techniques, then the amount of the crop will increase twice.

The advantages of this variety of tomatoes Yubileiny Tarasenko are really enough:

Important! When compared with most of the indeterminate breeding varieties, this variety "Yubileiny Tarasenko" is meant to be cultivated in the fresh air, however, the tomato grows wonderfully in a greenhouse.

Photo of a tomato Yubileiny Tarasenko

This variety is quite simple and not demanding, however, like all herbaceous plants of large growth and having sufficient yield, the Yubileiny Tarasenko variety requires correct agricultural technology. In the Russian climate, tomatoes are cultivated using seedlings, so plant seed first.

Note! A summer resident can take seed from his tomatoes, because the Yubileiny Tarasenko variety is a varietal tomato, his planting material has integral genetic information. This means that over time, the tomato does not degenerate.

There is nothing heavy and new in the cultivation of seedlings of a tomato of the "Jubilee Tarasenko" variety: it is grown in the same way as seedlings of other varieties:

Recommendation! Seedling material of tomatoes of the Yubileiny Tarasenko variety has a tendency to stretch. To eliminate this phenomenon, it is necessary to purchase additional artificial lighting.

Planting tomatoes in the soil

Tomatoes are most often hardened before planting in open ground. This must be done one to two weeks immediately before disembarkation, the temperature indicator is reduced slowly. By the time the seedlings move into the soil, all herbaceous plants need to have seven to eight leaves, possibly the presence of ovaries.

Mandatory planting points for tomatoes of the Yubileiny Tarasenko variety are listed below:

Agricultural technology for tomatoes of this variety

Agrotechnics for tomatoes consists of the following items:

Important! When a tomato of the "Jubilee Tarasenko" variety grows to one hundred and seventy centimeters, its top must be pinched without touching a couple of leaves. If you ignore this point, the vine grows up to three hundred centimeters, and this will have a bad effect on the size and taste of the crop.

It is recommended to receive tomatoes in an incompletely ripe form, in a few days they will acquire a red color, and will be kept for a long time. This variety is recognized as a salad, but it is suitable for almost everything in the culinary field.

“Last season I planted a tomato of the Yubileiny Tarasenko variety in my summer cottage. Almost all hatched, slightly differ in the shape of the crop. The shrubs grew very high, usually pinching about two hundred centimeters. There are enough ovaries, tomatoes bloomed all the time, even in September. I was afraid that ripening tomatoes would break all the shoots, but this did not happen, because they ripened gradually. I plucked the last flowers, because they will not form fruit and will die. There is a lot of harvest. I will land constantly. "

Green soap from pests: ALL secrets of use, instructions 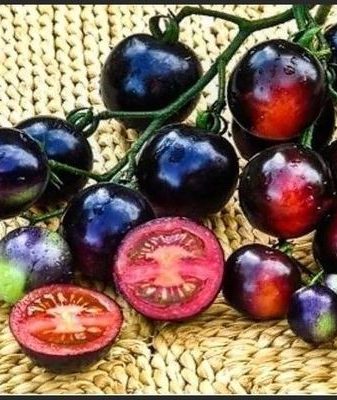 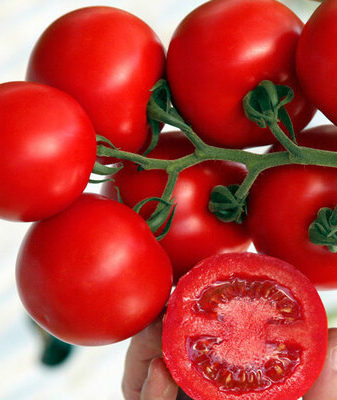 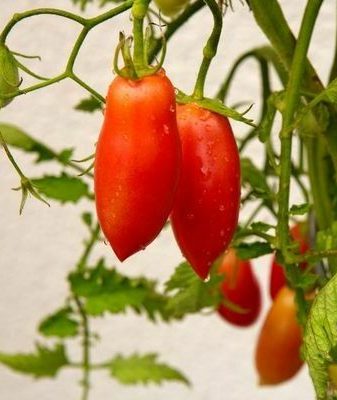 Tomato Pepper
Many people think that tomatoes must be round and red in color. Naturally ...
×