Viking grapes were created by the breeder Zagogulko. He carried out scientific work on crossing two varieties. Namely: Codryanki and AIA. The result is a wonderful variety. He inherited many positive traits from his "parents". Viking, unlike many varieties, has a pronounced sweet aroma of berries. This is how he conquered the grape lovers. Every year the variety became more and more popular. And also spread to different areas. 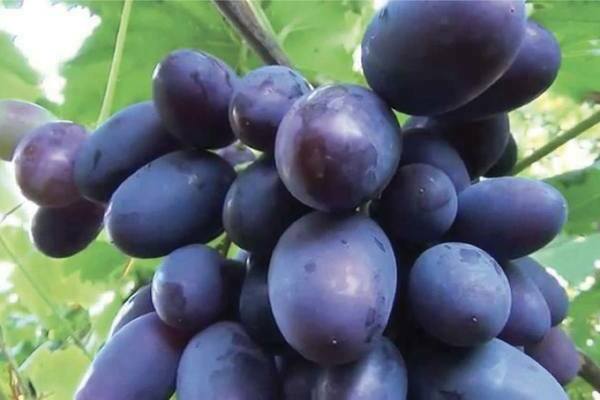 After studying the Viking, it was revealed that he belongs to the varieties of early ripening. Which is quite common when crossing. 80-95 days after the buds begin to bloom, already ripe fruits will begin to appear. Harvesting usually begins in the first half of August.

A seedling of this variety takes root very quickly on the site. And after adaptation, he begins to actively grow. It was during this period that it develops at an amazing speed. The grape bush turns out to be very spreading. The variety does not need additional pollinators. Because it is a bisexual plant. That is why pollination takes very little time. This variety is often used as a pollinator for other plants that are unisexual. 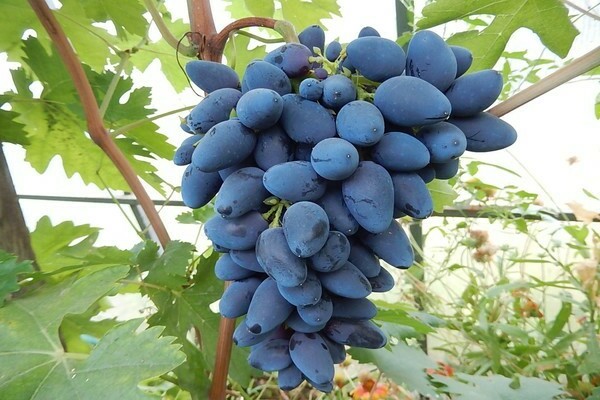 The variety is moderately frost resistant. Viking grapes can withstand temperatures down to -20 degrees. If the temperature gets lower, the plant does not feel comfortable. Because of this, this variety is not grown in the northern regions. It is a little easier for gardeners in the Moscow region to grow Viking grapes. But when frost comes, you need to carefully take care of the shelter of the grapes. And also take care of the fruit buds of the grapes so that they do not freeze. Otherwise, the kidneys will freeze. And there will be no good harvest. Viking thrives in the southern regions. Because there it is not necessary to cover it. And also there is no risk of freezing of fruit buds.

It is worth paying great attention to the issue of watering. The increased humidity of the air has a very bad effect on the plant. Because the grapes cannot stand it. Over-watering the plant can cause cracks to appear on the berries. They will also burst. Also, there should be no groundwater near the plant. They also contribute to fruit cracking. And the beginning of decay of the root system. If this is not taken into account, the process of decay will begin. What will attract fungal diseases. And the plant may die.

With a lot of rains, prevention should be carried out. Because it will scare off fungal diseases. Such prevention consists of treating the entire surface of the grapes and the root system with any antifungal agent. 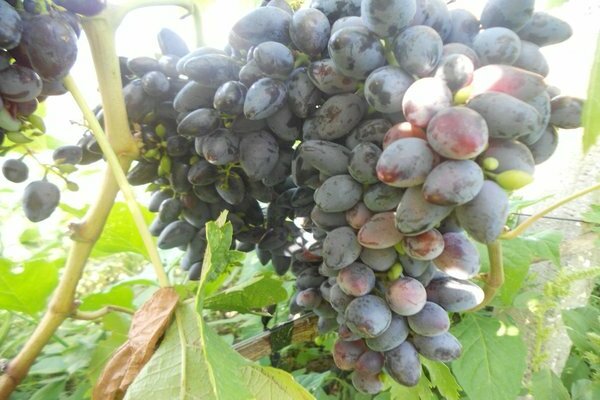 The brushes of the variety have a conical-oval shape. The fruits are very large and close to each other. Each bunch of grapes weighs about 700-1200 grams on average. It is worth noting that the variety has an average yield level.

The flesh of the fruit is very firm and crunches when bitten. It is covered with a thin shell, which is not particularly dense. The shell, of course, protects against some insects.But with abundant watering, it does not withstand and bursts. Therefore, when eaten, the shell is not felt at all. When the berries are almost ripe, they become burgundy-purple. When fully ripe, they turn blue-violet.

The Viking grape has become popular due to the aroma and taste of the fruit. Because the aftertaste of the berries is very interesting. It looks like a mixture of plums, cherries and apricots. If you protect the plant from excess moisture, the berries perfectly retain their appearance. And they can be used commercially. When fully ripe, the berries hold well. And they do not fall off even during long transportation.

Pros and cons of the variety 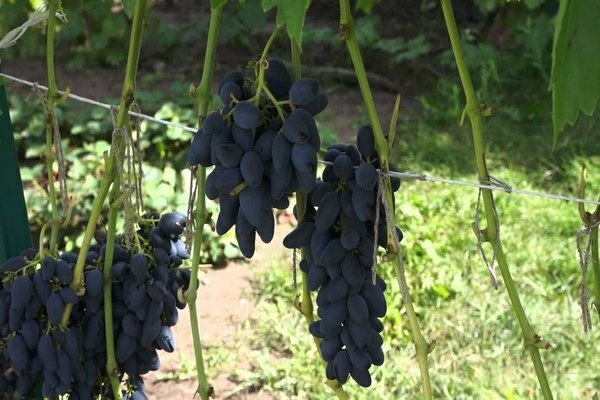 Gardeners, growing this variety, attribute it to capricious varieties that need very careful care. It is planted only for its aroma and taste. 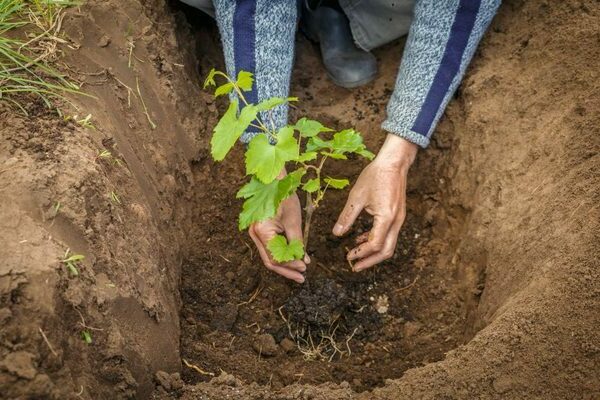 The viking, like many grape varieties, needs fertile soil to thrive. Otherwise, it develops poorly and changes its appearance. The berries become small. And the taste is more sour. Chernozem is perfect for growing Viking. If you have groundwater on the site, then planting should be carried out on an artificial or ordinary hill. Planting of the variety is carried out only in the southern or south-western side of the territory. The place should not be blown by strong winds and not have drafts.

It is necessary to plant grape cuttings in spring. Only when the soil has already thawed and warmed up properly. And also landing in the autumn is often practiced. But it's better to do it early. A couple of months before the start of frost. Because this variety needs good rooting to survive the winter.

Planting seedlings should be carried out at a temperature of at least +18 degrees.

Because of their stature, the bushes are planted at a great distance from each other. Typically around 2.8 - 3.5 meters. In warmed-up soil, grapes take root faster. And it begins its active growth. A good planting material is one whose root system is more than 2.5 millimeters thick. The roots must be strong. And do not break when touched. There should be more than 4 buds on the seedling during planting. Before planting, it is necessary to treat the roots of the variety with a growth stimulant. Because this way the plant will take root more successfully. The growth will increase by 1.5 times. 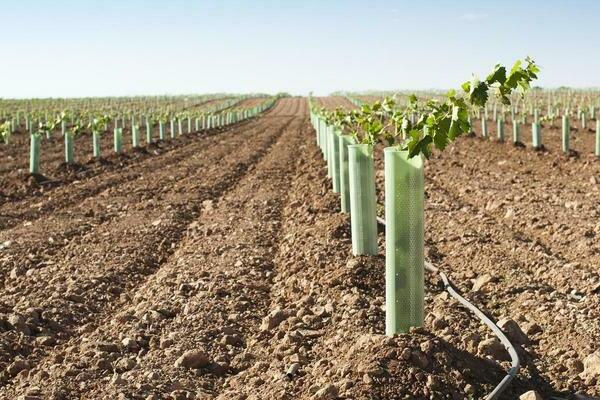 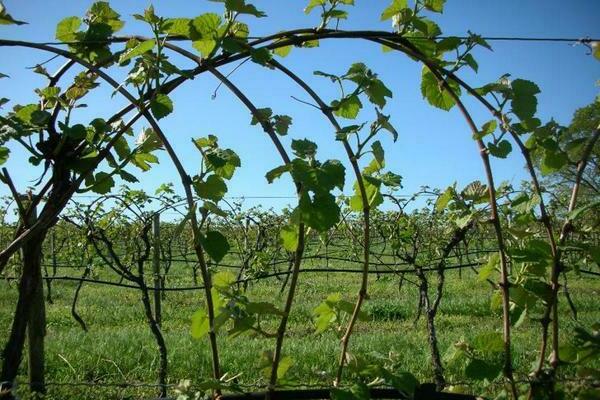 During the entire growing season, it is necessary to water the grapes, starting in April and ending in October. The gardener, as a rule, sets the water rate on his own. To begin with, he himself must observe the reaction of grapes to a certain amount of water. And find the ideal rate. As a rule, the amount of water depends on the weather. And also from the place where the seedling is located. As a rule, the grapes need to be watered about 6 - 7 times during the whole season. If the summer is dry, the amount of watering increases.

When the first inflorescences appeared, the plant should never be watered. Because due to watering, the process of shedding the fruits may begin.

Preparing for the winter period 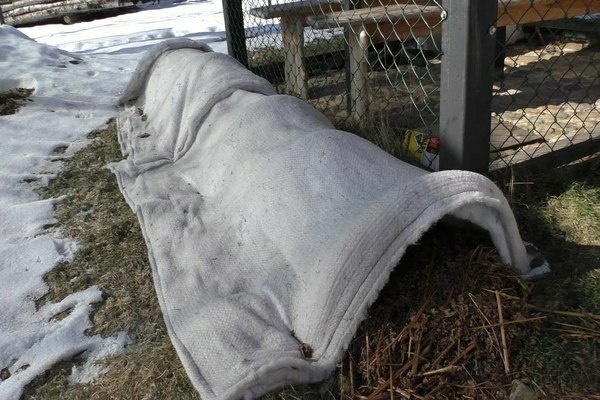 After harvesting, the vine must be laid. And prepare for the winter season. To begin with, you should cover the grapes using earth. And also a material that does not get wet. It could be a film. Shelter should also be placed under the vine. So the risk of kidney decay is reduced. The earth, which will cover the grapes, must be laid out in a thick layer. Typically about 25 centimeters. If you are using only film, it is recommended to install multiple arcs. And stretch the film, making a small greenhouse. In this case, the grapes should not touch the film.

The root system must also be protected. To do this, you need to mulch the soil. Use straw, peat, or sawdust. 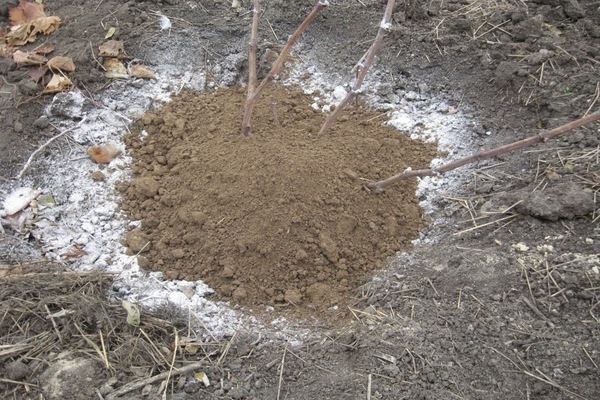 In order for the amount of the crop to grow, the soil should be fertilized. Moreover, when the plant bears fruit. Top dressing is applied to the soil along with water during irrigation. Because this is how the fertilizer completely reaches the root system. And it is absorbed even into the smallest roots. For the entire season, the gardener must make at least 3 fertilizing. Each feeding should occur every 35 to 40 days.

The variety is good for fertilizers that contain nitrogen. And also to organic fertilizers. For feeding, you can make a mixture of 20 grams of saltpeter and 3 kilograms of humus. Dilute with water and water. To make pollination more successful, a little superphosphate is added to the soil.

After 3 years, it will be necessary to dig a ditch around the bush. And fill it with about 2 buckets of manure, covering it with earth. 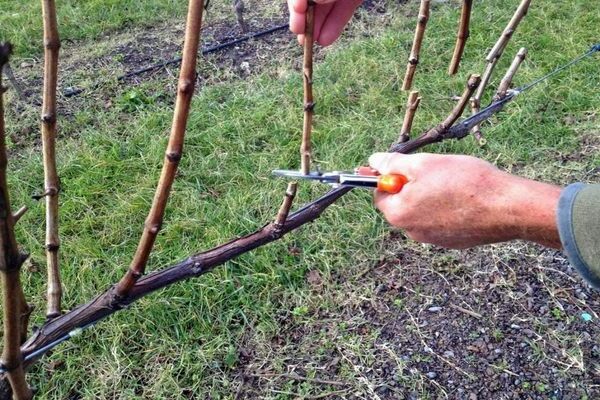 Pruning must be done. It is usually done in the fall. This time is perfect. Because after feeding, it is easier to install a shelter for the winter. And also the wounds have time to heal before spring. First, you need to remove the shoots that have already ripened. Then the young vine is pruned, leaving about 3 - 4 buds. The shoots that grow from the soil are not touched. Then sleeves are made of them.

Adult bushes are pruned as well. Only they leave lashes with 18 buds to tie large berries in a brush. 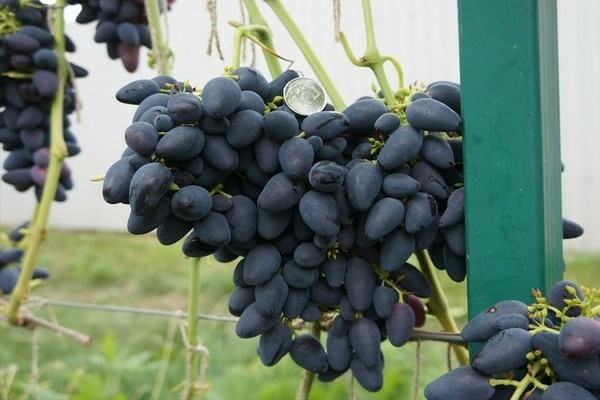 This variety is not resistant to disease. Especially fungal diseases. Therefore, it must be protected from rot. Even from the beginning of the spring period, it is necessary to start prevention. For the very first treatment, any fungicide is suitable. Their processing is carried out, as a rule, before the beginning of the growing season. Shoots should be about 15 centimeters long.

Hawthorn in the garden: ALL the secrets of growing and reproduction with a photo 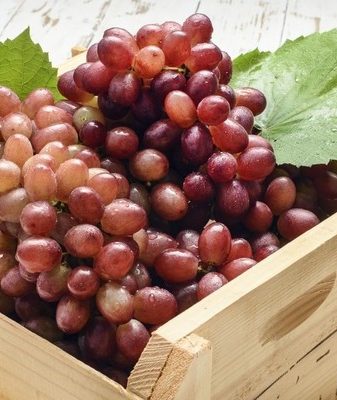 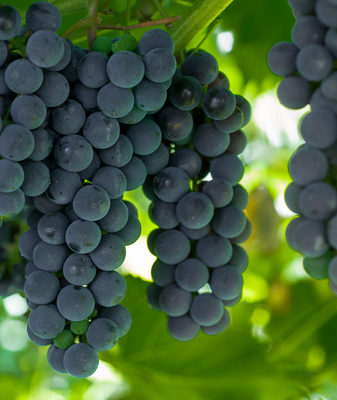 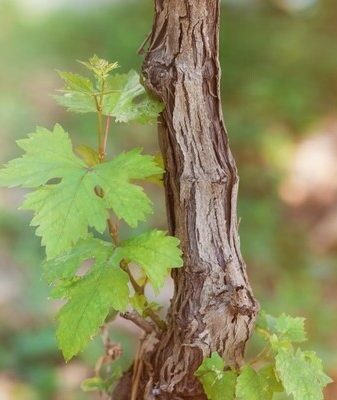 Soda treatment of grapes
Experienced amateurs and gardeners know that proper care is the key to a good harvest and health ...
×